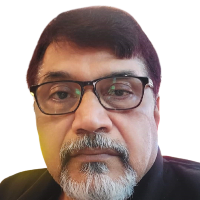 In an era of extremely long and short shelf lives and retention periods for products, goods and materials, where logistics, storage, transportation and distribution have been critical to successful supply chain management. supply, liquid nitrogen has become an important presence. As a cryogenic liquid with a boiling point of -196 ° C, this compressed gas has proven to be of immense utility in several sectors including the IVF industry, healthcare and dermatology, food. and beverages, the automotive industry and, most importantly, agriculture animals. For a country like India with a substantial livestock and cattle economy, the role of liquid nitrogen can never be overstated. Already, among other developments, the large-scale switch to artificial insemination (AI) from natural breeding has become a reality. However, driven by new technologies, as government and the private sector push further artificial insemination with the aim of increasing the quality and quantity of the cattle herd as part of the broader overall goal of improving Indian health and economy, the role of liquid nitrogen in terms of preservation, storage and transportation of bovine semen is becoming even more critical for the livestock sector. While AI is a fairly recent phenomenon, cryogenic technology based on the Stirling cycle for the production of liquid nitrogen has been around for over a century.

The growing contribution of livestock

While agriculture is well known for its role in the Indian economy in terms of production and employment, what has been remarkable in recent years is that herding has overtaken crop production as a driving force. of the country’s agricultural growth.Over the past decade, while India’s agricultural growth has been one and a half percent, the growth of livestock has been about five times greater. Thus, with more than 11% of the global herd, livestock contributes to nearly a quarter of total agricultural GDP and more than 4% of total GDP, providing jobs for two thirds of the rural community.

The average milk yield is 3.9 kg / day for native cows, that’s an impressive 8.09 for cross cows and 11.88 for exotic cows. Therefore, it is undeniable that it is necessary to use AI to obtain desirable cattle breeds. Moreover, it is no coincidence that AI has flourished alongside the development of related infrastructure and facilities in the country. There are as many as 56 semen stations today – in government, cooperative, NDDB and NGO sectors. Of these, 49 are classified stations, including 36 category A stations. Ten years ago, in 2011, there were only 20 category A stations. This coincided with the increase in the number of banks. semen, a facility for the storage and distribution of bovine semen and / or liquid nitrogen, in addition to the growing number of IVF laboratories, Embryo Transfer Technology (ETT) laboratories, etc.

Realizing the need to provide AI services to farmers’ homes and the difficulty often encountered in bringing the bull to the semen station, mobile semen stations have emerged today with the aim of ‘delivering at home’ AI services to farmers. Building on the success of the national artificial insemination program (PNIA) implemented from August 2019 to May 2020 and covering 76 lakh cattle, the PNIA II was implemented in 604 identified districts with an AI coverage of less than 50 % between August 2020 and May 2021 covering 30 million populations of female cattle and 50,000 animals per district to provide AI services at the doorstep of farmers.

With such a vibrant bovine AI ecosystem in the country, the role of Stirling’s reliable cryogenic technology producing liquid nitrogen for storage, transportation and distribution has been integral to the growth of the beef industry and bovine. Unlike carbon dioxide alcohol which can also be used to freeze and store bovine semen, the use of liquid nitrogen ensures that there is no deterioration in fertility with age. At the same time, the whole process of collecting, processing, storing, thawing and handling after thawing semen should be carried out with utmost caution. In this context, the handling and conditioning of the straw as well as the management of the seed tanks must also be carried out with sufficient caution. In particular, semen reservoirs must be fitted with appropriate insulation.

Already in many parts of the country, cryogenic technology for reliable production of liquid nitrogen using the Stirling cycle has played a critical role in improving conservation, supply chain and delivery. bovine semen. For example, in Madhya Pradesh, under Rashtriya Krishi Vikas Yojana, the establishment of liquid nitrogen plants within the state and the resulting certainty of availability not only reduced evaporative losses of 35- 45% previous to 25-30%, but also triggered a proliferation of AI activity as well as AI installations. From 11.41 lakh AIs completed in 2011-12, the numbers soared to 26.9 lakh AIs in 2016-17, which has more than doubled in five years. This success story highlights the need to set up liquid nitrogen plants at strategic locations in different parts of the country.

It has been estimated that about half a liter of liquid nitrogen is needed per IA performed. Thus, for the 80 million AIs carried out, 40 million liters of liquid nitrogen and the associated infrastructure are needed in the country. However, it would be helpful to remember that at present, AI coverage is limited to only 30% of breeding cattle with 70% covered by scrub bulls of unknown genetic merit. This gap illustrates the potential AI holds for India. And that in turn means the promise that AI also holds for liquid nitrogen in the country, or vice versa.

The opinions expressed above are those of the author.