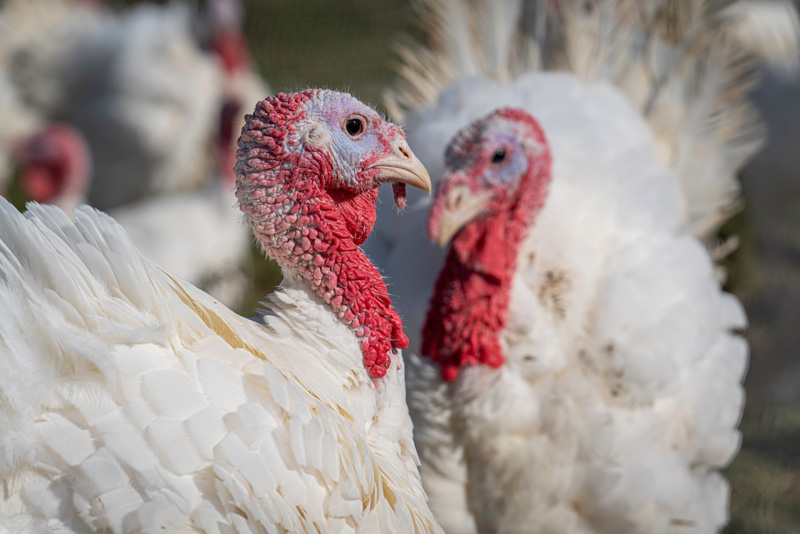 As the days grow shorter and leaves begin to accumulate (a bit massively) on the island’s lawns, people are settling deeper into the offseason and preparing for what often turns out to be a rather hectic but special time of year.

It’s a time when families come together to celebrate, thank, and eat an often inordinate amount of food – in my case, that’s a joke.

Thanksgiving is almost here, and while many may have already lowered their holiday bird to Stop & Shop, or one of the caring food donation organizations on the island, there are local options for little. nearly all the pitfalls you could imagine on your board this year.

The highlight of any Thanksgiving holiday is traditionally the turkey (vegan or vegetarian households can refrain from this tradition). Some go for the giant birds, while others prefer a more manageable portion without the need to consolidate leftovers.

Aside from the recipe you use to cook your turkey – of which there are many – the most essential element that determines a perfect bird for Thanksgiving is the quality of the bird.

For Jefferson Monroe, owner of GOOD Farm and co-owner of Larder in Tisbury, responsibly raising livestock is a dominant aspect of his practice. Because he wants to be able to feel good about the food he offers families and make sure the food is of the highest quality possible, Monroe uses a system called biomimicry.

“This is basically where you watch how an animal or plant grows and behaves, and mimic aspects of that behavior in a way that is beneficial both to the plant or animal, and to whoever does it. push or pupil, â€Monroe told The Times during a visit to Thimble Farm.

In Thimble, Monroe raises around 85 broad-breasted white turkeys and prepares them for processing shortly before Thanksgiving.

Turkeys roam a fenced area, have access to grass and insects, and are fed at regular intervals. â€œThey’re allowed to do things that a turkey likes to do, but we control where they are all the time,â€ Monroe said. â€œBy the time the turkeys are about a week before we process them for Thanksgiving, they have access to that quarter or eighth of an acre that they can graze and walk around. But when we bring them in initially, we start them in an incubator and a covered pen that we move every day.

This is a mutual benefit for the staff of Island Grown Initiative, which owns and operates Thimble Farm, as turkey waste is a natural nitrogen-rich fertilizer, and the bird’s grazing “pulses” the grass, said Monroe. , and allows the grass to die off and nourish the soil.

While the methods GOOD Farm uses are relatively conventional compared to many other small livestock farms, the process looks completely different from how large factory farms send turkeys en masse to grocery stores across the country.

According to Monroe, most turkeys available in grocery stores are raised in California, as it is the largest turkey-producing state in America. “Most turkeys are raised in what looks like giant airplane hangars – those sprawling spaces where they’re allowed to run around for a bit, but the density is pretty high and they never see a grain of grass,” he said. Monroe said. He added that if a turkey gets sick in a large chicken coop, it is easy for the infection to spread among the population.

Turkeys raised by Monroe are exposed to the elements, which can affect size and growth rate, as they use more energy to regulate body temperature. In addition, turkeys reared outside 24-hour chicken coops cannot eat through the night, so their growth is limited. â€œAll of these things combine to reduce how quickly they hit the market, but having a more varied diet in terms of birds eating grass and bugs, it adds a ton of flavor to them,â€ Monroe said. .

He noted that the temperature variations during the day and at night outdoors mean that the birds tend to take on more fat, which also provides flavor.

Currently, all of Monroe’s turkeys at Thimble Farm are booked, which he says tends to happen quickly around Thanksgiving. â€œIt’s a shame people don’t tend to eat turkey until around Thanksgiving because they’re delicious and they’re really fun to raise,â€ Monroe said.

On the Friday leading up to Turkey Day, all birds will be processed and organized based on who wants what size. â€œBasically a lot of organizations have those 20 to 30 pound soccer balls – we always explain to people that there can be variations in size,â€ Monroe said.

At the heart of his love for farming, Monroe said, is the goal of leading an ethical life and being proud of the food he produces. â€œThe things you eat have a huge impact on the world at large. It’s really terrible when animals are treated like machines, so we avoid that, â€said Monroe. â€œI really enjoy spending time providing healthy, local food for people, but also being a role model to show others how to do the same. “

Monroe has cooked turkeys in different ways for Thanksgiving – roasts, fries, shawarma – just about anything you can think of. â€œIf I’ve learned anything, it’s that roasting a whole turkey is doomed – big thighs want to cook longer, while breast meat dries up,â€ he said.

Here are two recipes for two different parts of the turkey that Monroe enjoys.

The day before, generously season the turkey thighs with salt. The same day, heat the oil in a heavy-bottomed pot over medium heat until it sparkles, and brown the turkey thighs on all sides. Remove the thighs and cook the onions until golden brown, deglaze with a little wine if necessary. Next, place the turkey thighs in the onions and add the cherries, sage, ginger, and white wine, along with enough water to cover most of the thighs. Bring to a boil, then lower the heat to low and cover. Turn the legs every 45 minutes to an hour, and after the first hour, season the liquid to your liking. After about three hours, the meat on the thighs should peel off. I like to turn off the heat at this point and let it melt, after another seasoning check. You can shred the turkey and use the whole thing as a gravy substitute, or slice it up and serve with the cherries and onions around.

On Monday, place the legless turkey in a brine bag and cover with the brine. If you don’t have room in your fridge, buy a small cooler and place ice around your brine bag. Make sure to secure the top so you don’t feed the raccoons on the island.

On Tuesday, check that you still have ice on your bird and that raccoons are kept away.

On Wednesday, drain the turkey and keep it uncovered in your refrigerator. This will help the skin to dry out so that it becomes crispy.

On Thanksgiving, preheat your oven to 300 Â°. Place the turkey in a roasting pan and roast, breast side up, basting with pan juices or rubbing with olive oil or butter every 30 minutes. I usually do the 20 minute per pound estimate and start checking with a meat thermometer about an hour and a half before the scheduled time. When you measure the thickest part (don’t reuse the same measuring hole!) At 15 minutes, until the bird reaches the golden shade you are looking for. Let the bird sit for more than 20 minutes and cut it up for the table.

Bring three cups of water, apple cider, salt, sage, thyme, rosemary and peppercorns to a boil. Stir to dissolve the salt and let cool to room temperature. Combine with the rest of the ice water, stir to combine well and pour over the turkey. This is for 1 gallon of brine – multiply by the number of gallons you need to cover your turkey.