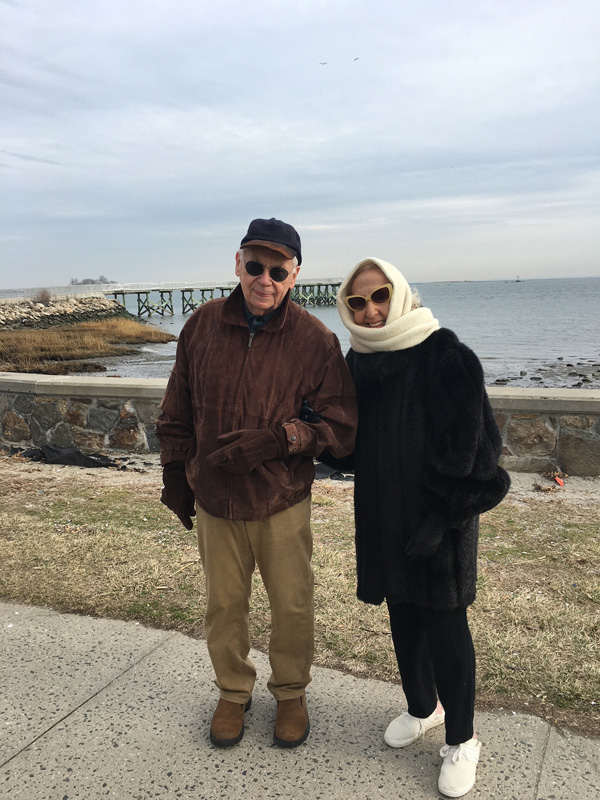 On Thursday evening August 25, I received a call from Richard, my mother’s companion of 28 years. Both in their 90s, both live independently in the house where I grew up in Connecticut. Richard always drives, and most of the time he and my mom would go to Calf Pasture Beach and walk along the shore. In recent years my mother, who is 97, has often chosen to wait in the car enjoying the view while Rich walks, but sometimes she will venture outside, take Richard’s arm and walk slowly with him. to the pier and back. But on Thursday night, everything changed. My mother fell down the stairs at home and was taken by ambulance to the hospital.

On Saturday morning, October 1, another big change happened here on the vineyard. For more than 20 years, Island veterinarians have had a coalition of volunteers who take turns providing after-hours and weekend emergency care to large and small animals. To clarify, in veterinary parlance, “large animal” refers to large farm animals. Horses, cows, sheep, goats, pigs, llamas, alpacas, maybe even emus and ostriches. “Small animal” means dogs and cats, as well as “pocket pets” such as guinea pigs, hamsters, rabbits and rats. It can also include birds of all sizes, from cockatoos to canaries, and even reptiles like iguanas and geckos. But these days, “exotic” birds and pets are often the purview of vets who specialize in these critters. So what’s changing here, and what does it have to do with my mother?

When I got the phone call at 9 p.m., I was actually the vet on call. The last ferry, which was due to leave soon, was full and I don’t drive on the freeway after dark anyway. “Maybe she just has a bad bruise or a sprain,” I said optimistically. But reality slowly set in. I started packing my bags. Unable to sleep, I drove to Vineyard Haven before dawn and managed to get ferry availability at 5:30am. As I stood on the deck of the cargo ship watching the sun creep over the horizon, I suddenly remembered that I was still on watch. Well, morning emergencies are rare. I answered all phone calls and, if necessary, woke up the doctor who was to take over afterwards.

Twelve hours later, after much deliberation, including last-minute doubts from the surgeon about the risk-benefit ratio, my mother underwent partial hip replacement surgery. A hemi-arthroplasty, in ortho jargon. I will not explain to you the days that followed. Many of you have been there in one way or another, caring for a frail elderly parent, a seriously injured child, or a critically ill loved one. I quickly realized that, as difficult as it was for me to accept, my mother’s needs overshadowed those of my patients and their loved ones. I just couldn’t handle both at full capacity. I relied on telemedicine, my staff, and the kindness of other vets to care for my patients as I navigated a maze of decisions, emotions, and responsibilities for my mother. After three weeks, when I finally felt like I could risk leaving her temporarily, I drove home to work for a few days.

The night after I returned, one of my favorite dogs, a 13 year old epileptic springer spaniel I’ll call Whitecap, fell down the stairs. The poor boy was unable to stand. His right front paw was swollen and painful, and his back paws also appeared to be affected. He had sensations and movements in all limbs, indicating an intact spinal cord, but simply could not support his own weight. The parallels with my mother did not escape me. She couldn’t stand up. Her right arm had been inadvertently trapped under her body during surgery, causing a problem with her IV catheter, leaving her entire right forearm massively swollen and purple. Even his memory loss and post-anesthesia dementia looked like a neurological equivalent of Whitecap’s seizures.

Unlike my mother, Whitecap’s X-rays revealed no fractures. “Maybe he just twisted his back and sprained his front leg,” I said dubiously. Over the next two weeks, we tried splints, harnesses, and various painkillers. I’ve been back and forth in Connecticut, but I’ve stayed in touch. We tried doxycycline in case a tick-borne disease was involved. He still couldn’t get up. I suggested seeing an orthopedic specialist. I tentatively mentioned euthanasia. Finally, I shared the old vet adage, “No animal should die without the benefit of steroids,” and prescribed the powerful anti-inflammatory prednisone. Much to everyone’s delight, Whitecap responded well and was quickly able to get up and walk a bit on his own. My mother? I’m too superstitious to say much, but she also seems on the road to recovery. His downfall, however, precipitated a sea change that was about to happen anyway.

There is a national shortage of veterinarians. It is particularly serious here. A member of our group is taking a month off. Another stopped doing any emergency work. The harsh reality is that while our “urgent care” coalition continues, there may not always be an Island vet on call. So after hours, please start with a VetTriage telemedicine consultation via urgentvetcaremv.com. Their doctors will give medical advice and know if an island doctor is available if needed. What about those rare occasions when no local veterinarian is available, but VetTriage advises immediate care? For small animals, take the ferry (or call the Patriot Boat and then an Uber) and drive to Cape Cod Veterinary Specialists in Bourne. For large animals, call one of the mainland equine practices and follow their advice until a large animal vet on the island is available. We ask for your understanding. We’re getting old. Our numbers are shrinking. Maybe our parents are failing or our children need us. Maybe we are hoping to retire, or our own health is forcing us to slow down. We will continue to do our best for you and your animals, but I have to go call my mom now.

“We buy homes” is now one of the most popular search terms in Southern California.