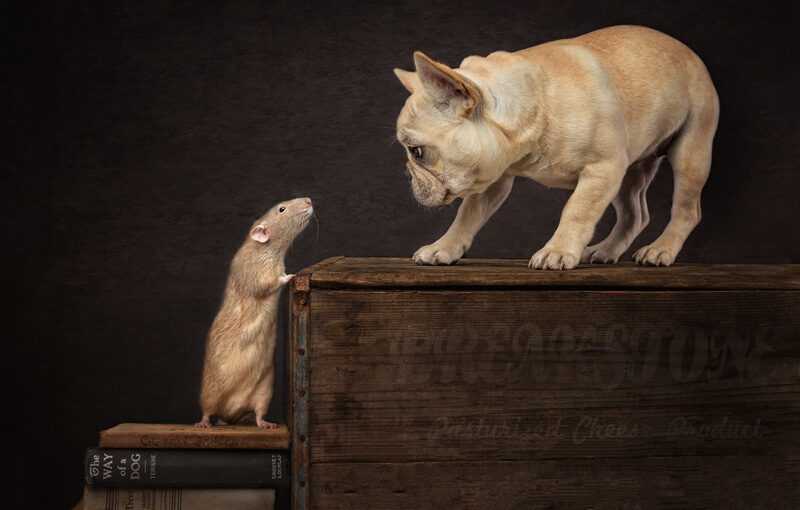 When Elizabeth Convery-Luce is interested in a creative pursuit, she doesn’t just dream of it or try it, she pursues it wholeheartedly – at least until the next inspiration hits her. . To date, Convery-Luce has worked professionally as a Cordon Bleu-trained pastry chef, clothing designer, co-owner of a children’s boutique, wedding cake baker, and owner and operator of various inns and bed and breakfasts. Today, with his latest project, photography, Convery-Luce earns his stripes while having fun.

Over 5,000 images from photographers across the country were submitted to the contest. Three of the four images captured by Convery-Luce have been incorporated into the PPA Imaging Excellence Collection. His fourth image was among 300 submissions to be selected for inclusion in the annual showcase collection – the best of the best. Not bad for someone who has never shown their work in a gallery before.

Winning submissions were judged as much on storytelling as aesthetics and technical ability. Each of Convery-Luce’s four photos are not only beautiful, but also have a narrative component and a very descriptive (sometimes witty) title.

For two of his entries, Convery-Luce chose images of island ospreys. In one titled “Angle of Attack”, the raptor is depicted with wings fully outstretched, heading towards its prey. For “Night Watcher”, Convery-Luce created a composite, using a dramatic shot of an osprey perched on a branch with a huge full moon as a backdrop. Adding some humor to the mix is ​​Luce’s “The Divine Right of Dogs” photo, featuring the photographer’s two French bulldogs seated on a throne sporting a mini crown and golden sun-shaped headdress.

Convery-Luce’s two Frenchies – Olive and Maisy – often feature in her fine art photographs. “I love dressing up my dogs,” she says. They are variously depicted as superheroes and canine kings, sometimes posed in the style of an old master painting with an appropriate backdrop. “I love this Rembrandt-like style,” says Convery-Luce, who often manipulates his photos to give them a distinctive style.

“I am by no means a traditionalist,” she says. “What I love are the artistic possibilities of photography. You can do so many things. I use the tools available. I really like photo manipulation, which is really fun for me.

Animals are the photographer’s favorite subjects, along with two of her dogs (there’s a new member of the pack who’s a little photo shy at the moment). Convery-Luce also spent a lot of time photographing Highland cows at Slough Farm in Edgartown, as well as other local livestock and birds. “I love the animals on the island,” she says. “So many people are already doing landscape work. I wanted to photograph what excites me.

In 2020 Convery-Luce opened a photography studio on Mariner’s Way in Edgartown, but had to close almost immediately due to COVID. Now she’s back and specializing in pet portraiture. “I really like working with animals,” says Luce. “I never push them. I will not force a cat or a dog. I work with them to make them feel comfortable and to make it fun for everyone.

Convery-Luce shoots in the studio – with or without manipulated backgrounds or props – or outdoors, depending on the client’s preference. She Photoshops leashes and stuff to make the images look as natural as possible. So far, Luce has done pet portraits of dogs, cats, rats, and rabbits, but she won’t be limited. “I will kill any animal,” she said. “You can bring me a spider. Bring me a lizard.

It was natural for Convery-Luce to turn to the arts. His grandmother, mother and sister are all artists. Her family, as well as her husband’s family, can trace their island roots back several generations. Almost everyone in the Convery family does something creative. Luce herself has won several blue ribbons for various artistic projects (sewing, crocheting and fine art photography) at the annual agricultural fair, where her father often exhibits his carvings. “In my family, we say, ‘It’s not fair if you don’t put something in it,'” she says.

For the past few years, Convery-Luce has set up shop at the Chilmark Flea Market to sell its art prints and children’s clothing, as well as dog biscuits, dog peanut butter (!) and snacks. dog themed necklaces. It seems like there’s hardly any kind of creative outlet the energetic Vineyard native hasn’t explored. “I keep reinventing myself,” says Luce. “I get bored very quickly.”

You can check out Luce’s work and learn more about planning a photo shoot at bit.ly/Luce_Photog.