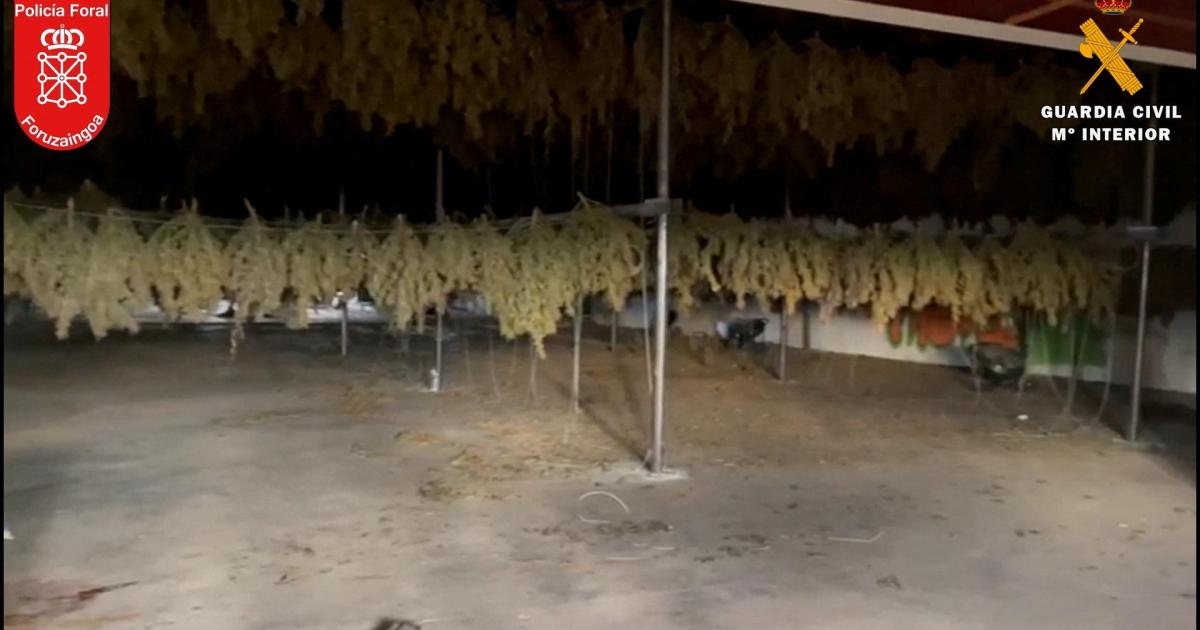 The Spanish authorities destroyed 415,000 hemp plants worth up to 100 million euros (108 million dollars) in an operation to dismantle what the police said today was the largest cannabis plantation in Europe.

Around 50 tons plants were being dried in a warehouse to be turned into cannabidiol (CBD), a non-psychoactive compound increasingly used to treat anxiety, insomnia and other ailments.

Located in rural northern Navarre, the plantation was spread over 11 fields with a combined area of ​​67 hectares (166 acres), the Guardia Civil said in a statement.

While the sale and consumption of CBD is legal throughout Spain and most of Europe, Spanish law still prohibits the cultivation of cannabis plants for purposes other than industrial, such as textiles and seeds, according to the Department of Agriculture.

Growing hemp to turn it into CBD or other derivatives remains a criminal offence.
Three people were stopped following the operation, which began in mid-2021 when police discovered one of the fields.

The Guardia Civil said the plantation owner initially presented the farm as a legal industrial cannabis production operation, but it was later discovered that he planned to export large quantities to Italy and Spain. Switzerland for processing into CBD.