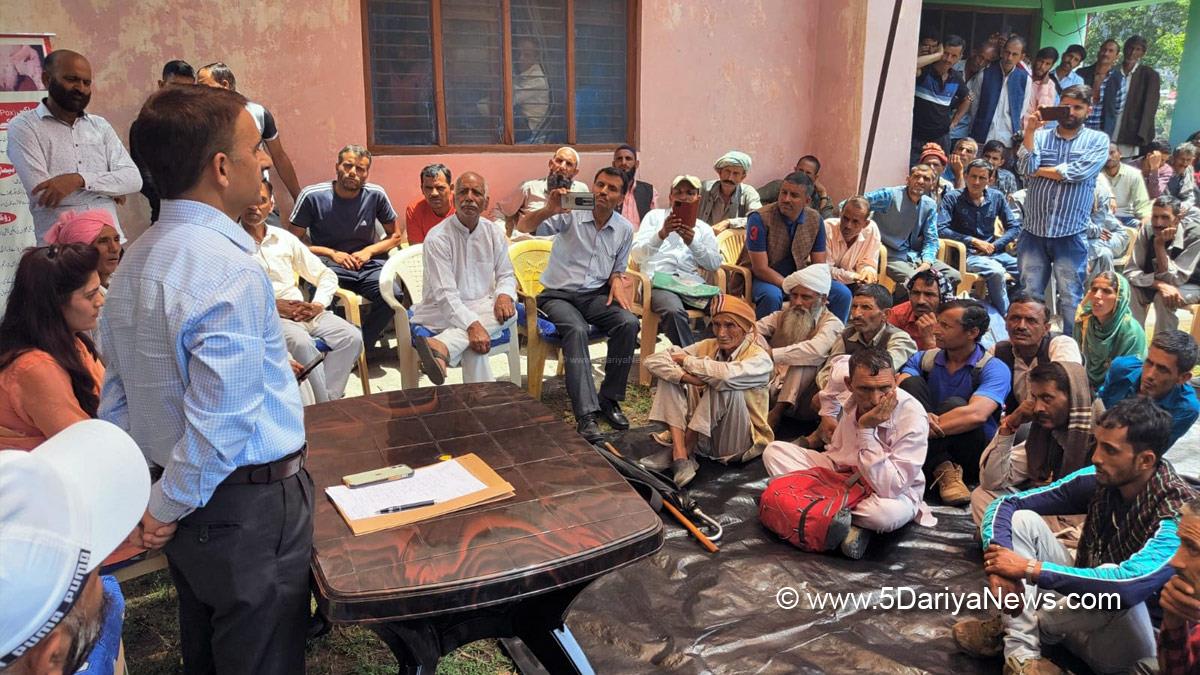 Director of Sheep Husbandry, Jammu, Krishan Lal concluded an extensive 03-day tour to remote areas of Kathua District to monitor the activities and programs of the department.He visited Basohli Sheep Extension Center and made the point on the functioning of the center.

He participated in the sensitization camp in Bani and Lowang organized by Kathua Sheep Department in the presence of DDC member Reeta Thakur, Tehsildar Bani, Sudesh Sharma, Sarpanches of Panchayat Halqa Kanthal, Duggan, Bhandar, Chaloge and Lowang . He also interacted with sheep and goat farmers in the region and informed the public and the PRI of the programs launched by the Department for the welfare of the people.

He urged people to come forward to reap the benefits of the integrated sheep development program launched by the government. The audience brought a number of issues to the attention of the Director who granted them a patient hearing and also assured them that efforts would be made to resolve their issues to the established standards within a limited timeframe.

The livestock sector contributes 14% of the GDP