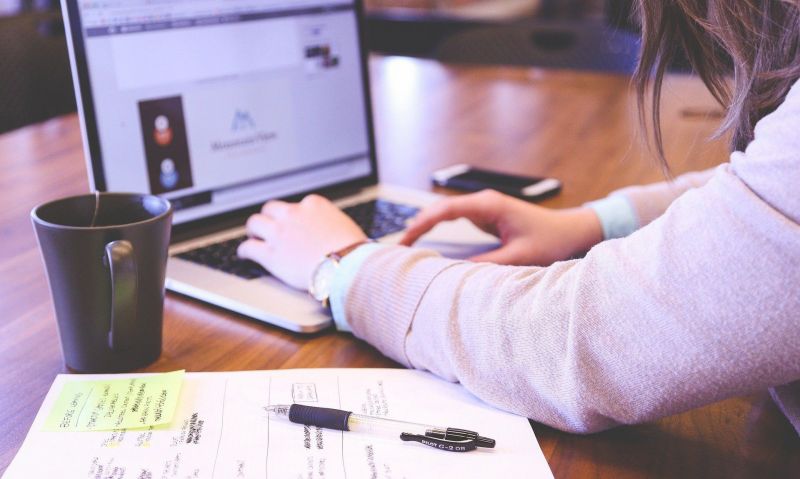 A six-state pilot program to assess risk among schools accepting GI Bill education recipients has “demonstrated that bipartisan action taken to protect students and taxpayers can and does work,” according to a new report of EducationCounsel, LLC, the National Association of State Approving Agencies and the American Legion.

The American Legion was represented on a 22-member advisory board that worked to address issues that student veterans have faced for more than a decade, largely in for-profit schools that fail to respect standards or close before graduation, and GI Bill Credits are lost.

These issues, according to the report, include sudden school closures, inability to transfer credit, deceptive marketing and recruiting practices, and “consistently poor institutional performance, leaving majorities of … graduates without sufficient income to repay.” their loans, or just not graduating most of them. their students at all.

The Legion reiterated its position for tougher scrutiny of schools in a 2016 resolution, following the closure of some for-profit schools that left veterans with nothing to show for their GI Bill-funded education and noting that “more than 30 federal and state laws — law enforcement agencies have concluded, in ongoing investigations or prosecutions — and in 15 federal and state regulations since 2012 — that certain educational institutions deceived students about the quality of education, tuition and cost, credit transferability, accreditation and job prospects and graduate salary, including deceptions about the eligibility of graduates to work in licensed professions.

The Harry W. Colmery Veterans Educational Assistance Act of 2017 – named after the former National Commander of the American Legion who drafted the original 1944 GI Bill and more commonly known as the “Forever GI Bill” – brought advanced the call for better oversight, and the Isakson-Roe Veterans Health Care and Benefits Enhancement Act of 2020 requires that by October 2022, all state-approving agencies use a risk-based model for determining school eligibility.

The six-state pilot model was also designed to increase control without overburdening the staff and resources of state approval agencies. The model has been tested in Texas, Illinois, New York, Delaware, Virginia and Nevada.

The model “focuses limited budgets, time and staff on the areas of investigation that matter – completion, debt, revenue, risk of closure, complaints and deceptive practices – and on the programs that have the greatest impact. on students,” the report said. “With the impact of COVID, it becomes even more important to design a system that takes into account identified risk factors and helps monitor program quality when in-person site visits are not possible.”

“Risk-based exams are a critical example of the federal government taking bipartisan action to protect student veterans and taxpayers, and this pilot project shows that such a system works,” said James LaCoursiere, president of the American Legion Veterans Employment and Education Commission. “That’s why the American Legion’s National Executive Committee unanimously supported a resolution to quickly adopt and deploy risk-based reviews to protect our veterans and the integrity of the GI Bill.”

Director of the American Legion’s Veterans Employment and Education Division, Joseph Sharpe, was a member of the advisory board, and the American Legion’s higher education consultant and past president of the National Association of Agencies State Approval, Joseph Westcott, PhD, contributed to the report.

“Risk-based reviews are a game-changer,” Westcott said. “This new model allows staff to focus on protecting students from schools that are worsening them or are likely to close suddenly.”

The lack of a comprehensive exam model has played into the problems GI Bill users have had with some schools in recent years, the report notes. “Over the past two decades, the limited ability to conduct consistent and comprehensive reviews has coincided with the growth of tactics and practices at some colleges that have harmed veteran students and students more broadly. Many of these practices made headlines, and the harm to students and taxpayers from deceptive and predatory recruiting tactics and the financial collapse of high-risk institutions like ITT and Corinthian Colleges was evident. These events are certainly detrimental to the students – who are often unaware of the significant financial problems of these schools until they show up one day to find padlocks on the doors – and to the taxpayers, who end up footing the bill for school outings. closed schools, delinquent loans and borrower defense claims.

With funding from the Lumina Foundation – and pro bono support from Nelson, Mullins, Riley and Scarborough – the National Association of State Approving Agencies and EducationCounsel designed the pilot design to directly address risk factors, such as financial stability and the dissatisfaction of students, institutions.

Schools were given numerical scores based on a variety of criteria, and site visits revealed lingering issues, including “misleading advertising of awards received by schools, enrollment quotas for recruiters, student complaints about academic quality that were not handled by state licensing agencies and schools with very limited cash reserves that presented a serious risk of collapse.

The risk-based review model also allows state approving agencies “to prioritize their resources on schools that pose the greatest risk to taxpayers and military-related students, rather than focusing more closely on payment compliance,” the report said.

The American Legion’s National Executive Committee passed a resolution in October 2021 calling on VA to “adopt and rapidly nationally deploy a risk-based investigation model to protect our veterans and the integrity of the GI educational program Bill”.

The six-state test demonstrated that such a new process is ready. “This pilot has demonstrated that risk-based, outcome-focused reviews are feasible, effective for regulators and students, and can be realistically implemented, right now,” said Nathan Arnold, Senior Advisor at EducationCounsel. “Evidence from this pilot project shows that public data can be used to effectively prioritize limited oversight resources, and this is a model that can be used by accreditors, state authorizers, and reviews and the application of the programs of the Ministry of Education.”

The report strongly recommends better coordination between states and the federal government to ensure consistent, quality oversight of schools that accept GI Bill recipients. “In two years of designing and implementing this pilot project, it has become clearer than ever that better coordination is needed within and between states. Many of the historical failures to proactively identify at-risk schools share a common denominator: the need for better communication between actors within a state and nationally, between states. Often, bad actors take advantage of a lack of coordination. Indeed, multiple agencies responsible for different components of a school’s compliance are unaware that other agencies are finding issues with the same school, failing to see the big picture of a school struggling on multiple fronts. .

The rapid increase, during the COVID-19 pandemic, of e-learning programs is also factored into the issue. “Colleges that operate multi-state online programs pose additional challenges for regulators,” the report said. “Lack of coordination leads to a lack of clear accountability, where even in clearly damaging situations, different oversight bodies expect others to act first. Building a consistent and agreed set of institutional quality elements will help improve coordination between oversight entities and will ultimately lead to better oversight of risky institutions.

Some of the cattle perish under mysterious circumstances in Poonch –