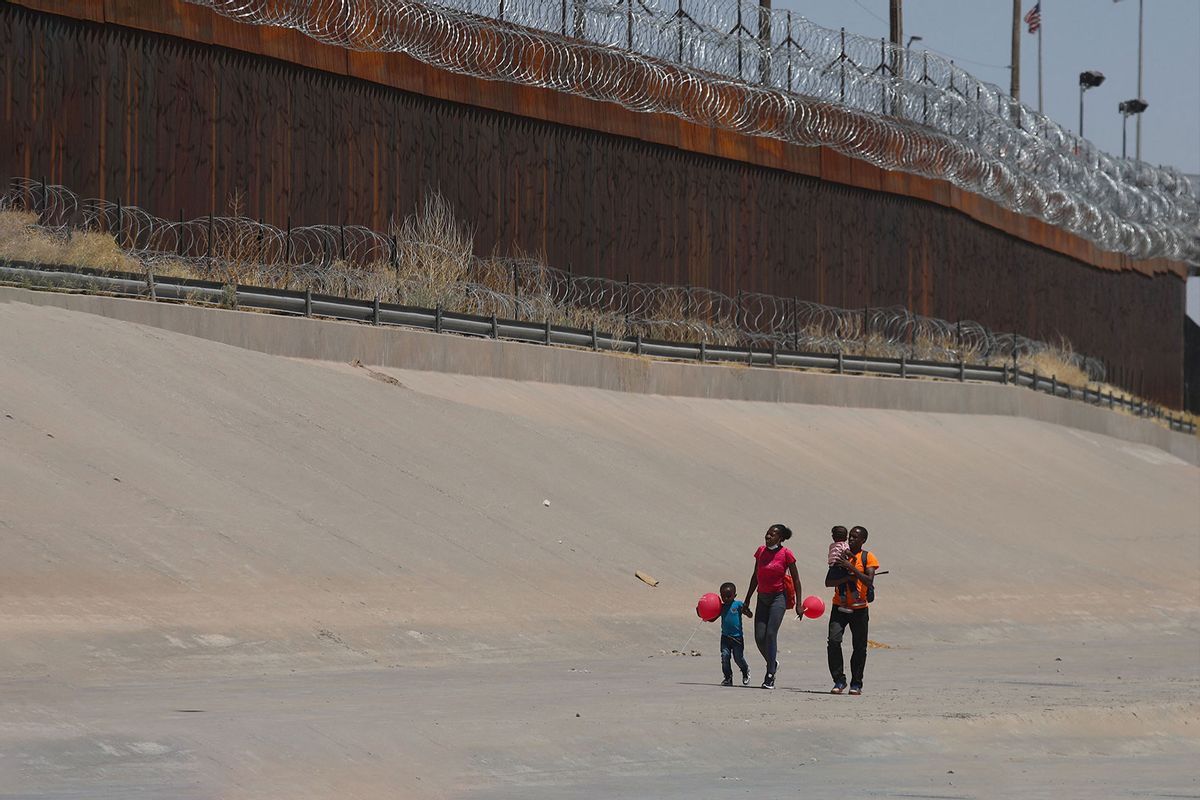 Florida Governor Ron DeSantis made headlines last month when he shipped a handful of unsuspecting Venezuelan immigrants like cargo to Martha’s Vineyard. But the lessons that the young people of this country draw from this episode are entirely false. It is time for teachers, parents and our community of neighbors to change the way we talk about the cruel nature of politics and the inhumane treatment of immigrants in this country.

As usual, the news is conversation-driven on immigrants, not speaking with their. There are nearly half a million undocumented students in American schools today who listen intently to how teachers discuss economic, political, or moral arguments around immigration policies. More likely, however, these students – and their more than 75 million classmates – are learning the uncompromising lessons of silence, apathy, inaction and fear.

In a climate that makes it increasingly frightening and dangerous for teachers to discuss politics in their classrooms – not least because of the policies adopted by DeSantis and his allies – far too many of our students are learning that the arithmetic of drug trafficking human bodies from one part of a country to another has nothing to do with standards-aligned teaching in our classrooms, or that our national focus on “learning loss” leaves no time to talk about the lives put at risk by the anti-immigration stunts.

There are over 11 million people labeled as undocumented in this country, and the vast majority of them were not on one of DeSantis’ chartered planes or Texas Governor Greg Abbott’s buses in recent weeks. We may be out of sight and out of mind for most readers, but we were the undeclared essential workers in this country decades before such a term entered common parlance.

For a year, we have been studying how to understand and build a kind of critical empathy around the contexts of immigration, difference and change. Our research focused on narrative and personal experience. The show at Martha’s Vineyard, for example, is one of a series of cruel reminders of the lack of agency afforded to immigrants in this country. When it comes to lessons about immigration that students — and adults, for that matter — might learn, our schools have been resoundingly silent.

In mainstream education, immigration is largely the domain of history lessons, usually depicted as something that happened in the past or, more recently, as the flame under the multicultural melting pot that created this “nation of immigrants”. While schools generally teach immigration as a lesson in optimistic American progress, this by no means offers an accurate picture of the fractured state of debate and human angst experienced today.

Want a daily recap of all the news and commentary Salon has to offer? Subscribe to our morning newsletter, Crash Course.

Schools need to expand where and how civic issues like immigration are discussed. As we have already said, all the teacher is a civics teacher, and the lessons of immigration must live on in all subjects. English teachers, for example, could relate the lessons here to related literature on contemporary immigration or conduct a student-led inquiry into the root causes of immigration. Perhaps a more cynical English teacher could offer a lesson in the irony behind DeSantis’ stunt: This summer has seen airports rumble with canceled flights and exorbitant airfares; the luxury of aircraft charter just for immigrants is a strange message from the Governor of Florida. Most undocumented immigrants cannot safely enter airports without fear of deportation. So while a few dozen crossed state lines at someone else’s expense, most would never attempt such a trip. There are many things this country takes away from its immigrants – adequate health care, security, family, a future – and the ability to travel safely by air when ticket prices are too high for s worrying about is pretty far down the list.

STEM teachers in general are often treated as if their work in the classroom has nothing to do with contemporary justice issues like immigration. But as our own research has explored, quantitative reasoning and understanding the civic dimensions of the world through data are essential to student learning. Immigration to have to be a topic covered in science and math classes.

While there are obviously developmental differences between age groups, immigration is a topic that can be explored at all grade levels. Young children from all walks of life know the sense of peril that comes with being dropped off in the morning, the fear of being left behind. Could this knowledge lead to moments of empathy and understanding for the kinds of voluntary and involuntary sacrifices that many individuals in this country must make in the name of family or survival?

In our ongoing research, a central problem we have identified – from personal experiences and curriculum analyzes – is that there are few examples of immigration-related teaching opportunities. in schools in general. Young immigrants may be teased or offered fewer educational opportunities because of language differences. Discussions of financial insecurity and legal insecurity can be treated as private sources of shame, even in the most progressive school districts. We don’t talk or teach enough about immigration because, as a country, we don’t know how.

The PR stunts of Ron DeSantis and Greg Abbott should remind us how little control immigrants have over their own lives. This is the lesson implicitly being taught in our schools right now.

Based on our own dialogue-focused research, this work begins with listening. Many of our classrooms are filled with young immigrants with an abundance of expertise that is not often allowed to surface. Teachers can let young people share what they know, what they have heard and what they wonder as a starting point for our collective learning. This is the moral and civic imperative of immigration and education in schools today.

The events of the past few weeks should remind us of how little control immigrants have over their own lives in this country. This is the lesson that is implicitly being taught in our schools right now. To be clear, it wasn’t just immigrants living in Republican-ruled states like Texas and Florida who watched this news with marked trepidation.

Here in California, where we live and work, violence against immigrants is common enough that it deserves only a passing mention in the news. From the scorching heat wave of early September that greatly overwhelmed farmworkers to the escalating violence local street vendors face daily, life for immigrants in supposedly liberal havens like California is anything but safe. .

It doesn’t take a Republican governor to remind us that immigrants get only temporary relief from the cruelty of America’s muddled policies. Our own field research and the work of scholars like Angela Garcia make it clear that undocumented immigrants face constant, barely visible danger. A traffic stop in the wrong municipality could turn life upside down and trigger the eviction process.

When will teachers and schools find the courage to discuss the fact that immigrants cannot reliably lead free, safe, and humane lives in the United States?

Democratic denunciations of DeSantis and Abbott’s actions have little impact on the daily experiences of these immigrants who did not find themselves on an unplanned flight to a resort island off the coast of Massachusetts. . For most of us, this entire episode was another reminder that our lives do not belong to us and that this country is more than happy to treat us like political pawns or cattle.