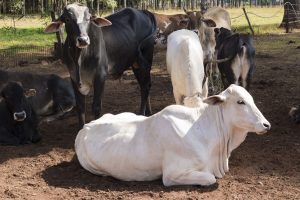 Mobile vet ambulances to reach sick livestock within half an hour: Govt

In the coming times, mobile veterinary ambulances would reach the owner of livestock in need within half an hour, Sanjeev Balyan, state minister for fisheries, animal husbandry and dairy, announced on Wednesday.

Addressing the ’75 Entrepreneurs and Indigenous Livestock Breeds’ event, the Minister said: ‘We have recently launched this service. We have invested three times as much money. Under this, the sick animal Just like today, you call 100 numbers and the police arrive in five minutes, these mobile vet ambulances will reach the sick animal in half an hour.

“The program is being implemented now and the demand is increasing day by day. I wouldn’t be surprised if this turned out to be our department’s top achievement,” Balyan said.

Earlier, Parshottam Rupala, Union Minister for Fisheries, Animal Husbandry and Dairy Industry also drew attention to the facility launched by the Modi government. “Veterinary hospitals are few and far away. A farmer’s cow has a broken leg. He had to lug the cow to the district hospital. Now that will change. An ambulance will reach the animal now.

The Center is funding the ambulance project already launched in Karnataka, Tamil Nadu, Telangana and Gujarat. Under this, when a distress call from the livestock owner is received at any time of the day at the emergency response centre, basic details are gathered and the information disseminated to the nearest ambulance. The ambulance, accompanied by the veterinary surgeon and the assistant, goes to the door of the breeder, assesses the condition of the sick cattle and provides the treatment on the spot.

After the inauguration, the event focused on three technical thematic sessions: increasing productivity and improving animal health; value addition and market linkages, and innovation and technology.

Hundreds of farmers from across the country have been invited to the event. There were a dozen innovative entrepreneur stalls selling processed livestock products, including this cow dung.