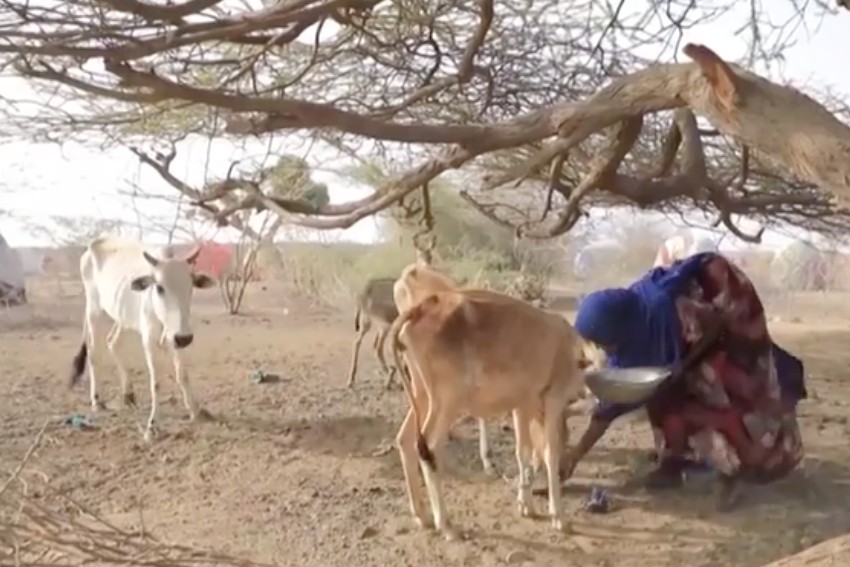 Millions at risk as severe drought decimates livestock in Ethiopia

Nearly seven million people in Ethiopia are in the grip of a severe drought and dozens of cattle are dying from lack of water and food, forcing many to move to IDP camps where they depend government assistance.

Somali Region, a regional state where 80% of the local population’s livelihood depends on livestock, is among the places suffering heavy losses, with more than a million domestic animals dying there, according to the local office. disaster risk management.

Mohamed Farah, a 48-year-old local farmer, recounted the immense struggle he faces to care for his family of eight children, even sacrificing hay from his own roof to feed his sheep.

“I live from agriculture and animal husbandry here. It has been so long since it has rained here that most of our cattle have starved to death from lack of food. When the drought started, we were able to go to a nearby market to sell livestock for food. And now I can’t take it anymore. We can only feed the four living sheep with hay from the roof,” he said.

A mass of nearby herders migrated to a settlement adjacent to the town of Gode about two and a half months ago, hoping to get water and food provided by the government, the number of households on the site jumping to over 2,200 from about 400.

Berbera and her husband Ade used to keep herds for a living, and in good weather they raised up to 130 animals, enabling them to sell dairy products and feed their six children.

But now the only four surviving cows are far too malnourished to produce milk. Ade said times are tough, and while he is grateful to be alive, things remain grim.

“We have lost a lot of livestock, which means we are losing our main source of income. But luckily my family and I are still alive,” he said.

Concerns are also growing that with the growing number of people coming to the colony asking for government assistance, the minimum food and water that is provided could no longer meet the needs.

Officials say efforts so far have not been sufficient, but hope the burden can be shared among several other IDP camps in the area.

“There was a response that was done three times, for the food response, and there is a daily water monitoring of [the nearby city of] Dire Dawa. But all that, I mean the answer that was given, is not enough. This is not the only site available for displaced people, but there are many other displacement sites in the ten woredas (districts) of the Shabelle zone. The response and the need do not match,” said Abdi, coordinator of the Somalia disaster risk management office.