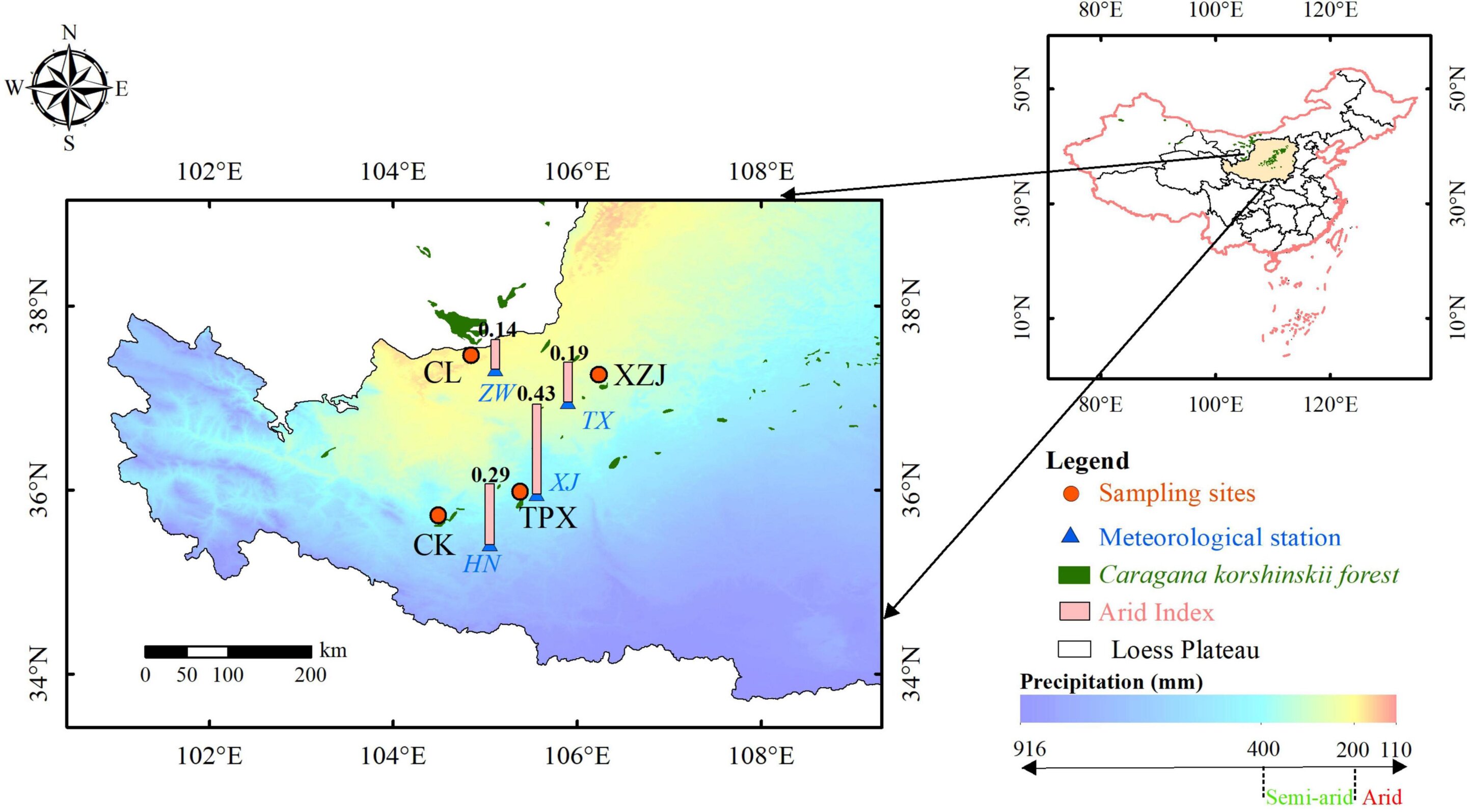 Caragana korshinskii (C. korshinskii) is a dominant shrub species in arid desert regions and has been widely introduced to the Loess Plateau due to its strong sand-binding and soil and water conserving function .

However, research on the radial growth characteristics and ecological response of C. korshinskii under different precipitation gradients is still insufficient.

Recently, a research team led by Professor Xiao Shengchun from the Northwest Institute of Eco-Environment and Resources of the Chinese Academy of Sciences (CAS) synthesized the maintenance of stability and sustainable management of shrub plantation forests in the western region of the Loess plateau.

Related results have been published in Frontiers in plant science April 8.

They found that, compared to natural C. korshinskii in arid desert regions, C. korshinskii planted in arid and semi-arid regions of the Loess Plateau was more significantly affected by water stress during the growing season (from June to September)

Meanwhile, with increasing rainfall, the limitation of drought on the growth of planted C. korshinskii gradually diminished.

“In the context of climate change, regular management of branch coppice around age 12 will help alleviate the limitation of drought on the growth of planted C. korshinskii,” Professor Xiao said. “In addition, the initial planting density should be adapted to the local rainfall conditions.”

This study can contribute to maintaining the stability and sustainable management of western Loess Plateau forest plantations in the context of climate change.

Provided by Chinese Academy of Sciences

Quote: Stability maintenance and sustainable management of shrub plantations on the Loess Plateau (April 13, 2022) retrieved May 26, 2022 from https://phys.org/news/2022-04-stability-maintenance-sustainable-shrub -planting.html