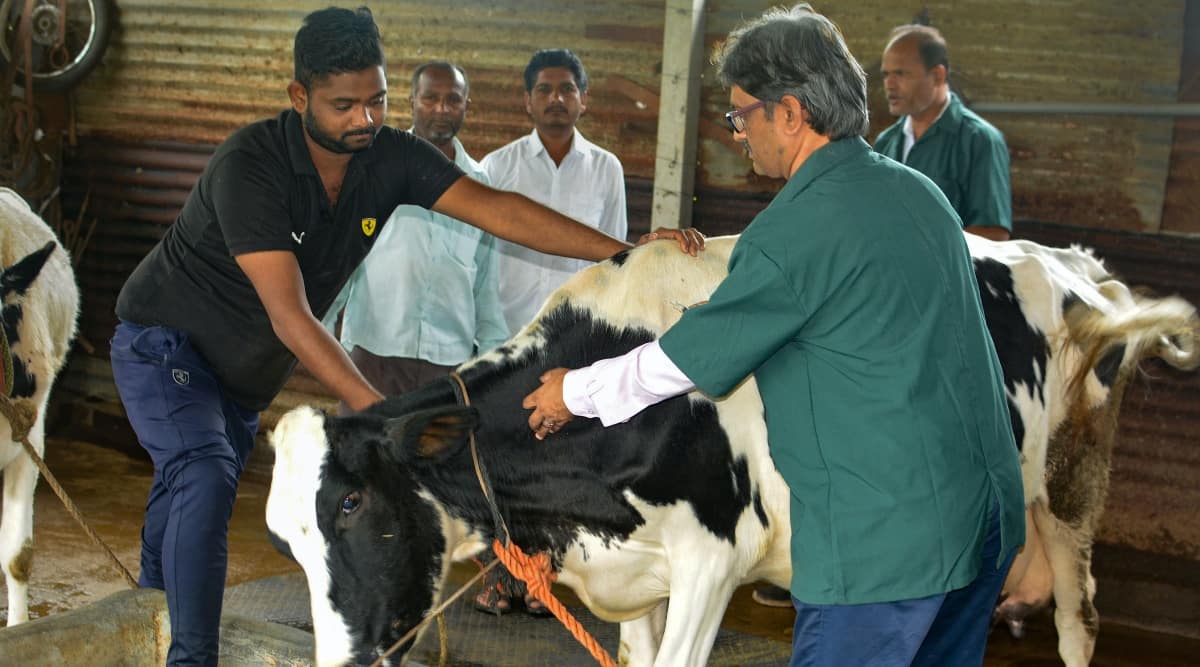 Maharashtra Livestock Commissioner Sachindra Pratap Singh on Tuesday called on private veterinary practitioners as well as retired technical officers and employees of the livestock department to voluntarily participate in the vaccination campaign against the virus of lumpy skin disease (LSD).

According to the latest official figures, the contagious disease has so far infected over 11,000 cattle and killed over 300 in Maharashtra.

Although LSD is a fast-spreading infectious disease among livestock, it is almost certainly curable if treated quickly, Singh said in Pune on Tuesday.

“Currently, the mortality rate of cows and bulls due to this disease is very low. Thus, pet owners need not panic. However, they need to watch closely for any symptoms of nodular disease,” Singh said in a video from the Maharashtra Animal Husbandry Department office, which is headquartered in Pune.

Lumpy skin disease has been observed in 839 villages in 27 districts of Maharashtra till September 20. Of the 11,251 infected animals, 3,855 have recovered and the rest of the livestock are being treated.

A total of 49.83 lakh vaccine doses have been made available in the various districts of the state. “Vaccination was carried out free of charge on 19.55 lakh animals within a radius of 5 km from the infected area of ​​the villages. Vaccination is done in ‘Gaushalas’ (cow sanctuaries) and large dairies,” an official from the livestock department said.

According to Singh, farmers have been advised to get free treatment and vaccinations for infected livestock at the gate by notifying nearby government veterinary clinics of symptoms of the disease.

Singh also asked officers of the grama panchayat and Nagar Parishad to carry out a large-scale public awareness campaign against the disease. A fund of Rs 1 crore per district has been made available through the District Planning Committee for the procurement of drugs needed to treat the disease, he said.

Fishing and animal husbandry are driving the growth of the rural economy: CM Naveen