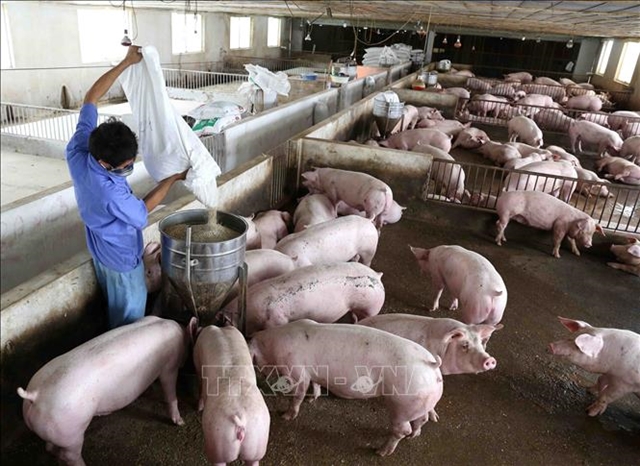 Although having undergone significant developments in recent years with the arrival of large companies, animal husbandry has still not succeeded in increasing exports of meat products.

The export of processed meat remains modest compared to the importance of the livestock industry.

Statistics from the Ministry of Agriculture and Rural Development showed exports of livestock products were estimated at $139 million in the first five months of this year, down 16.2 percent from the same period last year.

The country imported livestock products worth $1.2 billion from January to May, which means a trade deficit of nearly $1.2 billion over the period.

According to Nguyễn Thanh Sơn, president of the Việt Nam Poultry Association, Singapore recently faced a shortage of chicken because Malaysia, which had a 34% market share in Singapore, banned the export of chicken from end of May to ensure domestic consumption. .

Sơn said it provided other countries with an opportunity to export chicken to Singapore, but it was not easy for Việt Nam to seize this opportunity.

Sơn pointed out that Singapore has very strict standards for imports. Additionally, chicken prices in Việt Nam were higher than in Brazil and the United States, exporting chicken to Singapore with a market share of 49% and 12%, respectively.

Việt Nam had negotiated with Singapore to export chicken for years but had yet to successfully open the door to that market, Sơn said.

Livestock in Việt Nam generally does not have many competitive advantages due to high prices, Sơn said, adding that the industry has to rely on imports of raw materials for animal feed and chicken breeds, high productivity pig and cow.

According to the Ministry of Agriculture, the number of pigs and poultry in the country has developed stably in recent months as diseases have not occurred on a large scale, but animal husbandry has been affected by the rise in animal feed prices.

The ministry said high feed prices were eroding the competitiveness of meat products.

There would be enough pork and chicken for the domestic market this year, Sơn predicts.

Bùi Chí Bửu, former director of the Southern Institute of Agricultural Science and Technology, said that the livestock-based household economy has declined significantly and no longer plays the main role.

Instead, the high-tech breeding of enterprises was growing strongly, leading to an increase in the number of cattle and poultry heads, Bửu said, adding that it was a good signal for the industry to livestock farming develops in a sustainable way and develops its exports.

According to Bùi Hữu Đoàn of the Việt Nam National University of Agriculture, high-tech breeding was a closed chain from breed quality to a modern slaughter system.

However, it has not been easy to promote the application of technologies in the livestock industry as production has remained small-scale and dispersed.

Deputy Minister of Agriculture and Rural Development Phùng Đức Tiến expects Việt Nam’s livestock industry to see a bold change in the coming years as many companies have invested in agriculture and high-tech processing, notably CP Việt Nam and Masan.

Cần Thơ Techno – Agricultural Supplying Joint Stock Company, has partnered with Dabaco Việt Nam to develop a herd of 1 million pigs by 2028 in the southern provinces.

With the wave of investment in high-tech agriculture, the industry has shifted from small-scale family farming to professional animal husbandry and large-scale agriculture.

Typically, there were only about 2 million pig farms across the country, with an average decline rate of 5-7% per year.

In 2019-21, the number of household-scale pig farms fell by about 20 percent, while 16 large enterprises had 5.8 million head, accounting for 20.7 percent of the country’s total herd.

According to Tiến, with strong business investment, Việt Nam’s livestock industry is expected to move towards industrialization and modernization. —VNS