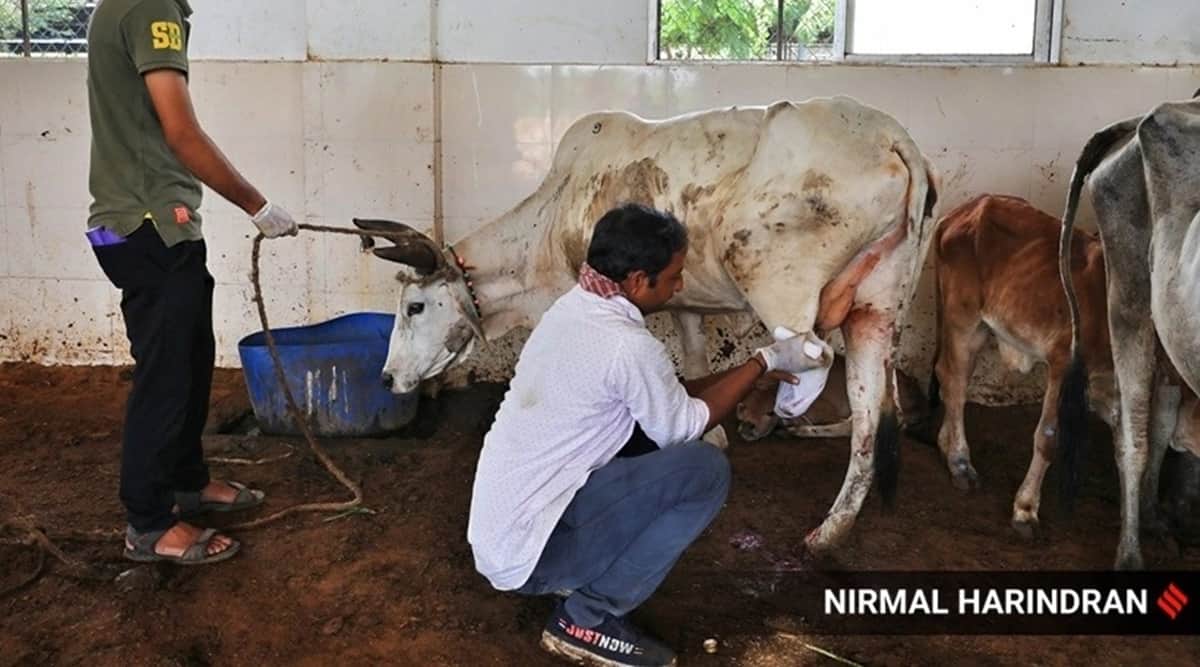 After Gujarat, Maharashtra started reporting lumpy skin diseases in cattle, which put the livestock department on high alert. Sachindra Pratap Singh, Livestock Commissioner, in an interview with The Indian Express, said cases had been reported in five districts so far, with 10 animals likely dead due to the disease.

Caused by a virus, lumpy skin disease has become a major threat to cattle and buffaloes in the country in recent years.

This year, the disease has been reported in Gujarat, Rajasthan and 20 other states.

Characterized by bumps on the skin, the disease is vector-borne and, if not treated in time, can lead to death. In most cases, the disease causes a reduction in milk production. Stray cases had been reported in Maharashtra since August 5, with Jalgaon, Pune, Ahmednagar and Latur being the epicentres.

Singh said due to the disease, livestock markets in key epicenter districts have been suspended. This week, Loni market in Rahata taluka of Ahmednagar district will remain closed for livestock; it will continue to work for goats and sheep.

Vaccination is undertaken within 5 km of the epicenter and the infected animal is isolated.

“Fortunately, the disease is not zoonotic and does not spread through the air. Farmers are advised to take control measures,” Singh said.

District collectors and Zilla Parishad CEOs have been urged to be extra vigilant in the face of the disease.

Payments during the moratorium, now eligible for reimbursement