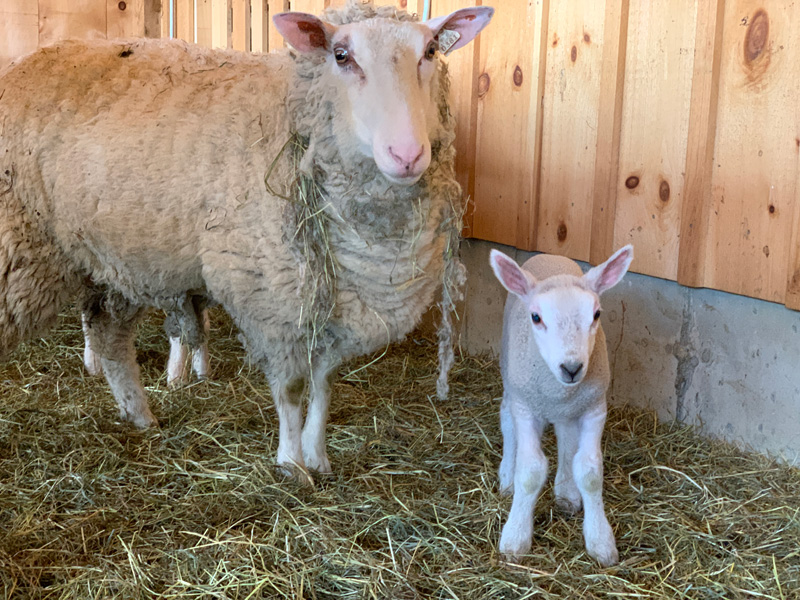 March 19, two years to the day Flat Point Farm barn was destroyed by fire and killed dozens of animals, the lambs born on the farm jumped up and rushed on fresh hay.

The first two born this year, twins, arrived on March 1. Along with the rest of the herd, the twins enjoy overnight shelter in a replacement barn on The island community has mobilized to erect for farm owner Arnie Fischer and Eleonore Neubert. Neubert, long a mainstay of the Martha’s Vineyard Agricultural Fair and the Martha’s Vineyard Agricultural Society, which operates the fair, said restocking the farm’s cattle has been a gradual job. â€œWe only have a few, but we’re going to build the herd as we go,â€ Neubert said.

The fire is still fresh in the memory of Neubert. â€œTwo years ago today we were just speechless and we just couldn’t believe what had happened and what we were going to do,â€ said Neubert. â€œSuch a tragic loss. We were as sad at the loss of animals as we were at the loss of structures. “

A total of 12 sheep and 24 lambs were killed in the blaze, she said, and more lambs were expected.

The small flock of sheep that she and her brother Arnie now have are from Vermont and Connecticut. The Whiting family passed down a ram that made lambs possible.

â€œWe mainly raise sheep for meat and sheepskin, and a bit for wool,â€ Neubert said. “But these have a nicer wool to make yarn and felt and that sort of thing.”

The felt is used by a family member Emily fischer, which makes goat’s milk soap, to cover its bars of soap, Neubert said. Another member of the family makes hedgehogs with wool and yarn.

Other signs of a recovering farm came in a full chicken coop and pen of cows munching on hay, including a calf born in October. But the lambs took center stage. Neubert described the twins born on March 1 as “a wonderful sign of spring.”

She lost a friendly competition when they arrived: “We play a guessing game when the lambs are going to be born, and my brother, Arnie, chose March 1, so he won this year.”

Neubert looked back in gratitude to the community, who stood up to help his family with a fundraising event and a GoFundMe page.

â€œFortunately, the Island community has come together with us in many ways, and [the Ag] The company started this great fundraiser, which was just a wonderful, wonderful feeling of support, â€she said. â€œAnd my cousin started the GoFundMe page. Then friends and volunteers continuously volunteered to design the barn, the connections and the construction. And here we are two years later, and we’re more than happy with the progress we’ve made over the two years.