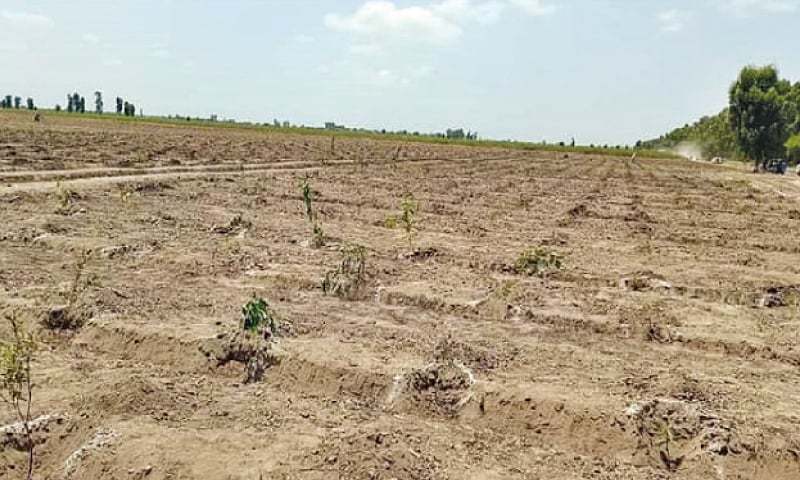 PESHAWAR: The government of Khyber Pakhtunkhwa has decided to allocate a specific portion of all development projects in the province for planting and horticultural purposes.

The Planning and Development Department issued a notification on Monday stating: “The competent authority is happy to approve in the future, funds at the rate of 1 and 0.5% of the total project cost will be allocated to horticultural / plantation work ends to each of the development projects in urban and rural areas of the province respectively with immediate effect until further notice.

He added that the executing agency should ensure that funds are allocated at an initial stage to ensure that horticultural works are completed within the project cycle.

“The funds will be used / transferred to the Peshawar Development Department in the case of Peshawar district, to the local authorities, to the relevant office of the local government department and the forestry department, in any of the above cases, in a preference sequential for use in horticultural work and plantings, “It said.

Official says initiative will be a permanent feature of ADP

The notification said the measure could be adopted in letter and spirit to ensure cities are green and beautiful and that no one encroaches on government land.

He added that the horticultural work would be carried out in such a way that it would not be damaged during the execution phase of the project, while the plantation should be seasonally resistant and environmentally friendly so that the characteristics durability are intact at best. public interest.

Additional Chief Secretary Shahab Ali Shah said Dawn that planting and horticultural work would now be a regular feature of approved PC-1s for all development projects.

Mr. Shah said that one percent of the cost of the project in urban areas and half a percent in rural areas would be allocated for planting.

He said the plants to be planted in each area would be local species and jointly decided by the agriculture and forestry departments.

ACS said maintenance of the plantations would be the responsibility of the relevant Tehsil Municipal Administrations (TMAs) in the cities and relevant departments in the districts.

He said the initiative was going to be a permanent part of the annual development program.

Syed Tariq Shah, divisional forester and urban afforestation expert at the Ministry of Forests, called the move a big step towards the government’s green growth initiatives.

He told Dawn that it was not part of town planning in the past and that the initiative was really welcome.

The expert said that spending one or a half percent of the cost of the project on schools or buildings was a very good thing, but the sum seemed to be a little less in the case of road projects where plantations along median roads required PC-1s.

The last government (2013-18) launched the billion-tree reforestation program during the tsunami, which was highly regarded globally due to the increased green cover in the province. The program was replicated by the current federal government as part of the 10 billion tree reforestation program during the tsunami during its tenure across the country.