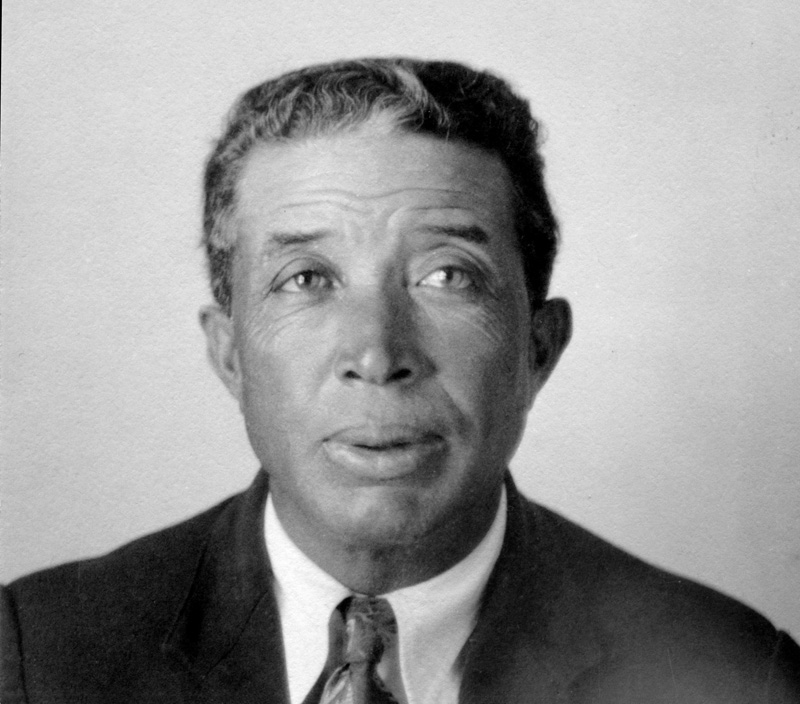 Theophilus Miguel “TM” Silvia was born in 1877 in Ilha de SÃ£o Nicolau, a mountainous island in the Republic of Cape Verde, the volcanic archipelago nation off the coast of West Africa known to Americans as the name of Cape Verde.

Silvia (whose last name for many elders pronounced “Silvey”) came to the United States as a youngster around 1898-9 with her brother Antone. He was working aboard a ship in Providence when he married a young Vineyard resident, Adalena Andrada, who had immigrated a few years before him. They first lived in a house on Howard Avenue, near Adalena’s parents, on the shores of Bass Creek. (Recorded as “Rainbow Row” in the 1910 census, the road was informally known as “Chicken Alley” for its abundant livestock, and is now called Lagoon Pond Road.)

Most of the old censuses record Silvia as “Black”, “Negro” or “MmulÃ¢tre”. Other documents, including his draft cards and death certificate, list his race as “white.” The 1920 enumerator superimposed a B on a W. It’s â€œcomplicatedâ€, concludes his grandson, Stephen Silvia of Pawtucket. Less than 400 miles from the Senegalese coast, the history of Cape Verde is a rich tapestry. â€œHe was on the fairer side, with sparkling blue eyes. Those eyes spoke volumes, for he was a man of very few words. To this day, some descendants of TM and Adalena identify as black; others as white, reports Silvia. â€œI classify myself as a person of color, or brunette. Our culture is Cape Verdean. I love my roots because my family is made up of all shades of the rainbow brown and white.

But at the turn of the 20th century, TM faced real discrimination. There were few career opportunities for young Cape Verdean men on Martha’s Vineyard in the early 1900s, especially men of undetermined color who did not speak English, like Silvia. Most of his contemporaries were employed in digging trenches for water pipes, foundations, sumps and roads. But, perhaps with the help of her stepfather, gardener Antone Andrada, Silvia found work in the stately-adorned gardens of Charles Whitney, a Boston paper box tycoon who built the grand estate. of Main Street known as Hedge Lee. By 1918, the Silvia’s had moved to a new home on Pine Street, in a part of town that quickly became a tight-knit Cape Verdean neighborhood.

Silvia also found work with Whitney’s plumber, Fred Peakes. The late Stan Lair of Vineyard Haven remembers, “Fred Peakes and TM Silvia, Theophilus Silvia Sr., the old man, were a pair. TM was his assistant. You saw Fred walking down the street, and TM was still about three paces behind him, carrying the tools. They worked for Jack Bumpus in the store, [which] then at the time, it was at the back of the Yates pharmacy.

By 1930, Silvia had quit gardening and plumbing to open a grocery store. â€œHe had a small grocery store and a fruit and vegetable market on Pine Street,â€ writes his grandson Stephen. â€œHe grew produce and sold groceries and fresh provisions. Sold a full line of National Biscuit Co. products. [He grew] all. Potatoes, beets, onions, corn, beans, squash. He supported the family through the winter. I also sold flowers. He saved enough money in 1930 to return to Cape Verde for a visit.

By the 1930s, the popular Cape Verdean Hall had been erected in Vineyard Haven, and Silvia was one of its founding members. He also played the violin. Lair remembered: “At one point [Silvia] organized a marching band, a Cape Verde marching band, down the back alleys on Pine Street. He had a whole bunch of people up there. They bought their instruments and rehearsed. There was quite a bit of stuff there at one point. They built their own hall up there, the Cape Verdean Hall on Lake Street. “

In a 2002 interview with Linsey Lee of Martha’s Vineyard Museum, Joe Stiles (1925-2006) of Vineyard Haven recalls: â€œI remember the dances they had at Cape Verdean Hall when I was stationed on the island. during the war. We never missed one. All the sailors went there. We never had to pay to enter; just enter and start dancing and having fun. People were from New Bedford. Jimmy Lomba and his orchestra used to come here; they played all Cape Verdean music. Their dances are like a reel. You don’t end up in the middle of the ground and just hang around. You would dance like crazy, but go around in circles so that no one bumps into each other.

Of Mrs. Silvia, Lair recalled, “[T.M.â€™s] his wife’s name was Adalena. Adalena Silvia. She did the laundry, I remember. At that time, people were doing their laundry, a weekly laundry. Washing and ironing. Her grandson Stephen remembers: â€œShe was deeply religious. A big supporter when they built the new Catholic Church. She was the glue.

In 1940, the census indicated that TM’s occupation was â€œProject Mothâ€. In the depths of the Depression,

The USDA Office of Entomology and Plant Quarantine sponsored a WPA gypsy moth eradication project in key New England communities. Men like Silvia were employed to apply creosote to bunches of moth eggs to prevent the eggs from hatching. Silvia’s last job was in the Tisbury water service.

The late Basil Welch of Vineyard Haven recalls, â€œI remember he was around, smoking homemade cigarettes. He was a very calm, moderate, calm man. Stephen Silvia recalls: â€œI remember he always smelled of tobacco and his fingers were stained with tobacco. I was fascinated by his dexterity with the hand rolling.

â€œI loved growing up in my neighborhood,â€ Stephen continues of his childhood on Pine Street. â€œMost of the time, we had a Cape Verdean dish made with rice, meat and beans. Traditional salted cod (bacalhau) at Christmas. We didn’t speak English in the house until we went to school. The kids laughed at us so we refused to speak Portuguese and told my grandmother we were Americans. I remember my grandmother’s lamentation, thinking it was the worst. I regret it now.

Vineyard Wind offers a large development off the coast of Salem