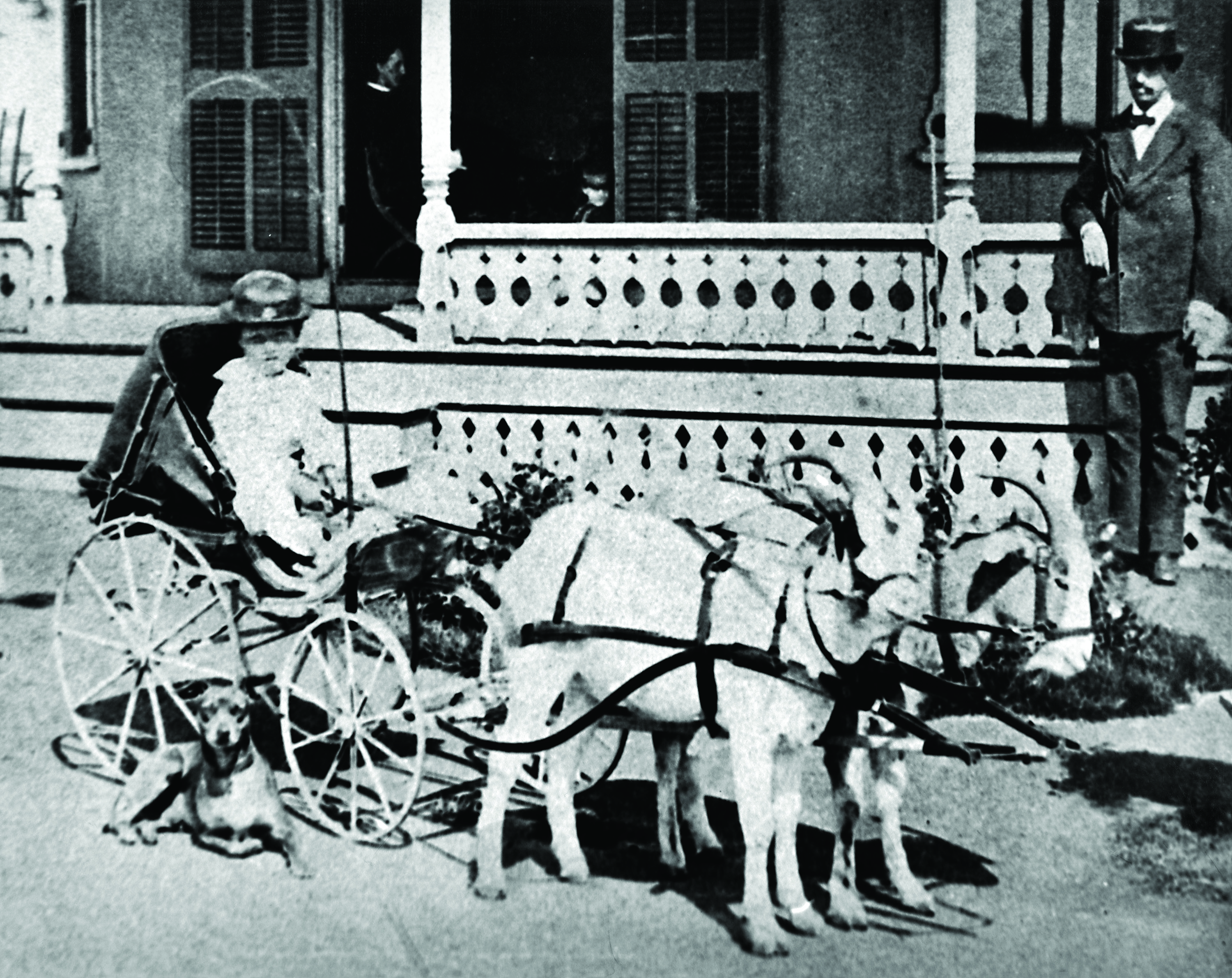 It was then: carts of goats and patriarchs

Although not originally from the island, the goats have been here for a very long time. They are first mentioned in the island’s archives in the 1660s, just a few years after the appearance of cattle, pigs, horses, sheep and domesticated poultry.

When Governor Mayhew signed an agreement with Sachem Pahkepunnassoo for the rights of Chappaquiddick in 1663, Mayhew’s payment consisted of “a good goat ram per year or as much good wages as [a] A good Goat Ram should be worth it. Simon Athearn, too, bought land at Tisbury around 1700 at Keteanummin, Takemmy’s sachem, for “twenty pounds of sheep’s wool, a hat, two sheep, four goats and four kids, and a fat goat, a cheese and a Indian corn stinging. In 1726, the Falmouth ferryman set the ticket price for a goat’s passage from Woods Hole to Holmes Hole at four pence, its lowest fare.

But goat farming was quickly eclipsed by other livestock, mainly sheep, but also cattle and pigs. Reverend James Freeman in his 1807 “Description of Duke County” noted that “Many goats were once kept on the island; but they were of little benefit to their owners, and have been greatly detrimental to the present generation, in preventing the growth of trees on this vast plain of bitter oaks, which stretches between Edgartown and Tisbury. These playful animals are still found in the same places, but their number is unknown.

A Massachusetts Colonial law was passed in 1774 prohibiting settler cattle, especially goats, from roaming free on Chappaquiddick Island for part of the year, as they ate the unfenced corn crops of the Wampanoag resident. Tisbury passed similar municipal laws in 1774, 1796, 1799 and 1844, to “prevent goats from running on a large scale in the towns of tisbury”. The state legislature finally passed a law in 1851, declaring: â€œAll goats found free on the island of Martha’s Vineyardâ€¦ therefore.â€ To protect young trees, goats found in the wild could now be legally shot by hunters.

In the 1838 travelogue “Sketches of Martha’s Vineyard“, in a passage titled “A Patriarch”, writer Samuel Devens wrote of a momentous encounter during his adventures through Tisbury and Chilmark on the way from Gay Head: â€œThe race of goats, like the Indians, is rapidly disappearing before the tide of civilization. Of the few who remain, as I threaded my way through the bitter oak forests towards Gayhead, I saw one that I’m sure I’ll never see again like it. To describe it would be impossible. A patriarch of many generations, – with hair of the brightest black and the purest white! His sight was enough to ward off the cold from the more scrutinizing northeast. And then what an imposing creature! As big as a Shetland pony. What noble proportions! What a daring and martial forehead, with menacing and sturdy turrets above, and an enormous length of gray beard tangled underneath, so as to gladden the heart of the “narrowest sect” of Jews or Turks! Such a veteran would have been the pride of a menagerie. Alone, he would have attracted more visitors than the Big Ox or the False Sea Serpent. You could only pay homage to him. A mammoth as he was, he had grown from childhood on leaves, twigs and buds.

Legendary poet and artist Nancy Luce of West Tisbury owned a companion milk goat before getting involved with her beloved chickens. His death around 1840 has been recorded in his family bible. Her mourning for her pet has been said to be “extravagant” and may have brought comfort to her famous hens. Among his writings and drawings owned by Brown University are a number of tiny goat cutouts in wallpaper that Luce delicately made and preserved.

In the late 1800s, goats were primarily associated with children’s entertainment and the rides of children’s parades and carnivals. For those who could afford it, goat carts, horse-drawn carriages and wagons could be hitched to a properly trained goat for children to drive, later becoming a clichÃ© prop used by traveling photographers. Even President Harrison kept a goat cart in the White House, pulled by his pet goat, “His Whiskers,” for her grandchildren to drive. From the photos we have today, Oak Bluffs was obviously once filled with goat carts.

Things have never been so rosy for the goats in the vineyard today. We have goat, goat yoga and goat milk soaps. Rather than driving teams of goats, the island’s kids join the 4-H Goat Club. Our trees are doing very well. But the savage patriarch, alas, has faded into legend.

A visit to Oxney Organic Vineyard