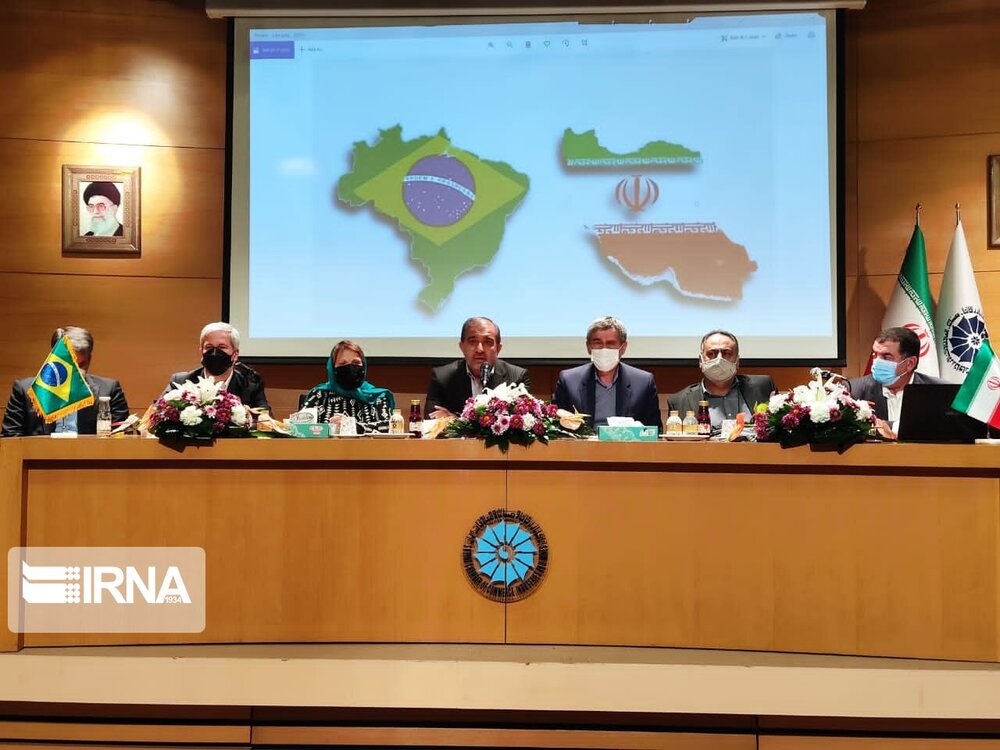 Iran and Brazil to trade fertilizers for livestock feed inputs

Sadati-Nejad made the remarks after a meeting with Brazil’s Minister of Agriculture, Livestock and Food Supply, Tereza Cristina Corrêa da Costa Dias, the IRIB reported on Saturday.

During the meeting, officials announced their countries’ willingness to expand mutual agricultural cooperation in order to balance trade between the two countries.

Referring to the unbalanced trade between Iran and Brazil, Sadati-Nejad said, “At present, there are new opportunities to develop cooperation between the two countries, and we hope to utilize all these opportunities.

Emphasizing that preferential trade between the two countries should be established, he added, “Iran is a hub for the production of high-quality urea fertilizers and Brazil is a major producer of inputs. for breeding, so we can meet the needs of everyone in these sectors. “

The Brazilian minister, for her part, pointed to the creation of a joint advisory committee, the holding of exhibitions and the sale of Iranian agricultural products in local stores in Brazil as ways for the Brazilian people to learn more about Iranian products, in order to pave the way for the development of cooperation between the two countries.

The Brazilian minister who traveled to Iran leading a 30-member delegation at the official invitation of Iran’s agriculture minister visited Fars province after arriving in Tehran on Thursday.

Cristina met with members of the Chamber of Commerce, Industries, Mining and Agriculture of Fars Province in Shiraz.

Speaking at the meeting, the Brazilian minister noted that the Latin American country wants to maintain exports to Iran and increase imports from the Islamic Republic in order to achieve a trade balance in agricultural exchanges.

As for the purpose of her visit to Iran, she said that Brazil wants to strengthen agricultural cooperation because all countries should help provide quality and affordable food around the world.

Given the technological capacity and land suitable for cultivation in Brazil, the country is ready to attract Iranian investors; thus, face-to-face negotiations can help build consensus in this regard, she said.

Referring to the fact that agriculture and livestock are modern and developed in her country, the minister said that Brazil can help other countries in terms of food security due to its progress in this area.

“In Brazil, there is no problem of drought and water shortage for agriculture, and Brazil can complement Iranian agriculture,” Cristina said.

She also mentioned statistics from the Food and Agriculture Organization of the United Nations (FAO), indicating that the demand for food will increase by up to 60%; thus, food-producing countries should develop and implement new cultivation and harvesting methods.

The minister pointed to the fact that trade between Iran and Brazil is done through intermediary countries, adding that bilateral companies focus on products such as corn, soybeans, etc.

Brazil imports urea-based chemical fertilizers from Iran, she said, expressing hope that the article will extend to fertilizers for products such as pistachio, almond and saffron.

The Minister further noted that some Brazilian companies and banks are keen to facilitate the business process with Iran and solve some of the existing problems.

Monitor to monitor when Block is reporting revenue