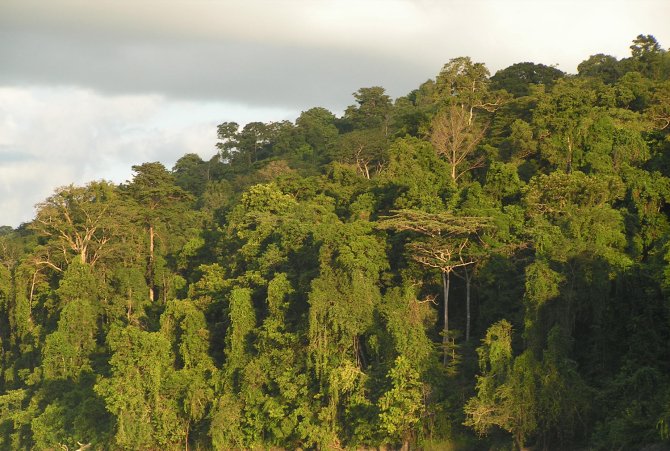 Much of the concern about tropical deforestation centers on the expansion of oil palm plantations, but their impacts remain poorly quantified. Through a survey conducted in Indonesia from 2001 to 2019, scientists from seven countries representing six organizations took stock and estimated the impact of large-scale and small-scale oil palm plantations on ancient or primary natural forests. The results of this new study have been published in the journal PLOS One.

Concern for Indonesia’s unique rainforests and their species-rich communities, including charismatic animals such as orangutans, tigers and elephants, is nothing new. But in recent decades this has increasingly focused on the palm oil industry. In Indonesia, where half of the world’s palm oil production occurs, the expansion of oil palm plantations has often replaced forests. The researchers make a conservative estimate that oil palm was responsible for one-third of the loss of ancient forests in Indonesia (9.79 million hectares cleared, or 11 percent of the forest area in 2000) during the last two decades.

Palm oil is an ingredient in many packaged products found in supermarkets, including ready meals, baked goods, chocolate, cosmetics and shampoos. It is also used as animal feed and increasingly as a biofuel. Research shows that industrial plantation expansion and forest loss are closely correlated to palm oil prices.

“Deforestation rates fell below pre-2004 levels from 2017 to 2019, providing an opportunity to focus on sustainable management,” said David Gaveau, lead author and chief executive of TheTreeMap. “The price of palm oil has doubled since the start of the COVID-19 pandemic, making effective regulation and monitoring essential to prevent further forest conversion.”

The study results are based on satellite data using multi-sensor imagery. With this data, the scientists were also able to detect small plantations.

Douglas Sheil, professor of forest ecology and management at Wageningen University and Research, co-author, pointed out that the forests of Indonesia, generally considered the third largest after Brazil and the Democratic Republic of Congo, are among the most special in the world. “I had the chance to work in these forests, to get to know the local people and to see some of the unique and wonderful biodiversity of the region. The loss of these forests, crops and species is a loss to the world,” he said.

In 2011, Indonesia introduced a national moratorium on the development of oil palm plantations in primary forests. It was extended indefinitely in 2019, and in January 2022 the Ministry of Environment and Forests revoked the permits of 137 oil palm companies.

Updated data to 2021, collected after the study period analyzed in the new journal article Plos One, indicates that deforestation due to palm oil is now at a 20-year low despite the rapid rise in CPO (palm oil market) prices. As prices soared to $1,000 a ton in 2021, companies converted just 15,540 hectares of “primary” forest to industrial oil palm. High production costs, market uncertainties and regulations seem to underline these changes. For comparison, 224,100 hectares were converted to oil palm in 2012, when prices were also around $1,000.

“The slowdown in expansion offers a chance for the Indonesian government and other stakeholders to work together to improve the planning and management of oil palm and other plantations,” said co-author Timer Manurung of Auriga Nusantara. . “Encouraging good practices and transparency will serve future generations.” Sheil: “Although the long-term situation remains unclear, recent trends are good news for Indonesian forests. A fair and nuanced approach to palm oil and similar forest risk products is vital.

EU draws up tougher pollution rules for industry and farms