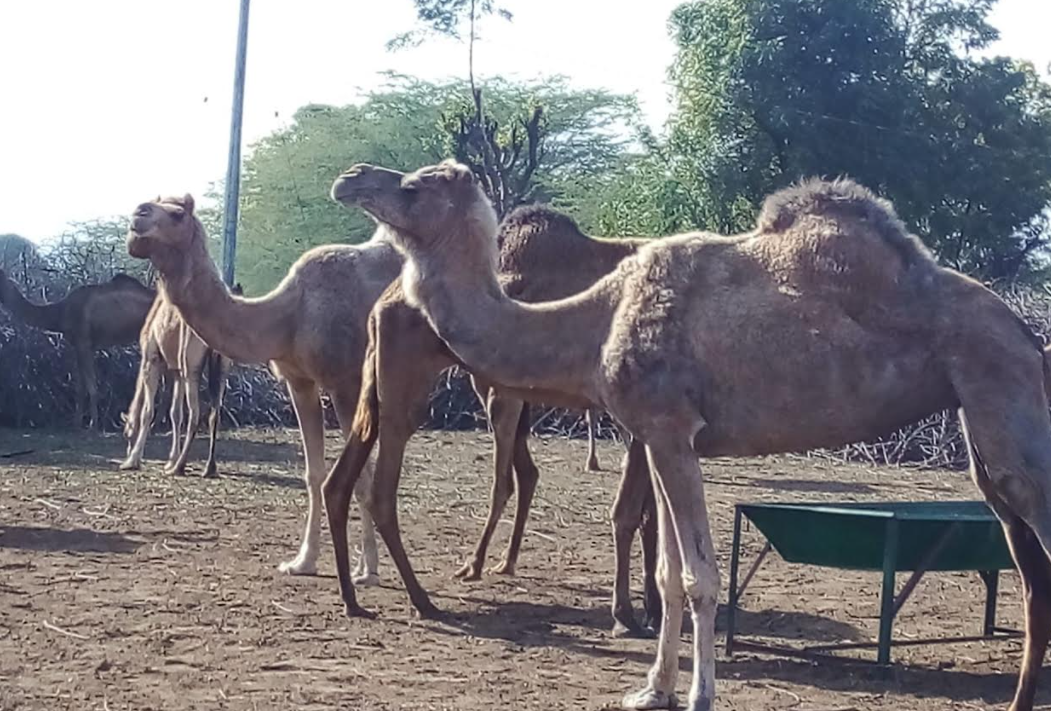 On April 11, 2022, researcher Dr Ilse Kohler Rollefson who has worked for a long time among camel herders in Rajasthan delivered the keynote speech at the National Livestock Conference in Visakhapatnam at the Society’s 28th Annual Convention Indian Animal Production and Management.

His presentation was entitled “Rethinking animal science: to adapt it to the 21st century”. What she pointed out from the get-go was the phenomenal success of small-scale herders, which has made India the world’s largest milk producer, even though the country is only seventh in terms of landmass. , with a high population density.

India produces 22% of total world milk production; India is also the largest exporter of sheep and goat meat. It is also one of the largest exporters of beef. There must be something cattle herders in India have understood, argued Dr Kohler-Rollefson.

Most of India’s livestock are mobile, kept in long-distance transhumance systems or in village-linked pastoral systems. Indian pastoral producers raised cattle, buffaloes, sheep, goats, camels, pigs, yaks, ducks, donkeys, horses and guinea fowl. There are at least 46 different communities of cattle herders, which are estimated at around 10% of the country’s total population.

In his book agrarian conquest, historian Neeladri Bhattacharya shows that pastoralists were a highly valued part of rural life in pre-colonial India, deeply rooted in a reciprocal relationship with farmers. Pastoralists provided the animals for agricultural work and the herds that were herded in farmland left behind valuable organic fertilizer. The services of pastoralists were rewarded with food grain rations from farmers

Villages had common pastures or sacred groves that pastoralists could use; even the open land that was part of the landscape served a useful purpose. Livestock transported nutrients from uncultivated land to farmers’ fields.

However, the colonial government was ill-educated on the richness of these interrelationships and viewed wasteland as “wasteland”. “Nature was an enemy that had to be conquered and transformed into orderly, fenced farms, preferably fields of wheat,” Dr. Kohler-Rollefson said. This worldview prompted the colonial government to acquire and cultivate land that had previously been left fallow or uncultivated.

Despite all these changes, agro-pastoralism remains the dominant animal production system in India. The integration of herders into farming communities is how organic manure is made available on farms in India.

Pastoralism has a huge economic contribution to rural India – 53% of India’s total dairy production and 74% of meat production comes from these producers. The value of organic manure alone, in terms of nitrogen-phosphorus-potassium (NPK) content is over US$45 billion.

There has been much discussion in scientific journals about greenhouse gas emissions from livestock farming in recent years. Veganism is gaining ground and some UN agencies have started promoting “plant-based diets”. Dr. Ilse Kohler Rollefson explained two fallacies behind these arguments: higher yields mean higher incomes for farmers, and efficiency also means sustainability. These arguments take up little space – the effectiveness of livestock management cannot be assessed solely from feed conversion rate or efficiency.

A holistic approach would also take into account water use, biodiversity, nutrient density and the public health impact of different forms of production. While higher yields can mean higher incomes for farmers, we have seen periods of price shocks in recent years, where prices have fallen so low that milk producers have preferred to simply leave their flow of milk in the streets rather than paying for transport to market.

India’s agro-pastoral system utilizes a range of grazing resources, including crop residues, weeds, natural vegetation and remnant foliage which is pruned. Herders generate what might be called a “second crop” from the fields while helping to enrich the soil with natural manure from animal waste. Animals provide free weeding services and they help germinate certain varieties of seeds that must pass through the intestines of animals before germination.

Agro-pastoralism in India is one of the many ways communities have come together – complex and far-reaching social arrangements exist between landowners and herders, farmers, local communities and traders.

This mode of production is free of expensive or imported inputs, and animals move with the seasons. If there is no water after a while, the whole herd moves to an area with higher water availability. Animals also adapt to weather conditions, eating little in times of scarcity and overfeeding when food is plentiful. The long years of breeding mean that the communities that raise animals are also repositories of specialist knowledge.

For example, among Raika camel herders in Rajasthan, high-efficiency ethnomedical practices have been noted. Since camel health is rarely taught in veterinary schools in India, the Raikas remain the most efficient doctors to treat camels.

In times of economic shock, herding communities provide a source of labor and can absorb labor that may be displaced to other sectors. In her last slide at the meeting, Dr Kohler Rollefson offered some suggestions on the way forward – she said herders in the city need support, customary grazing rights need to be respected and legalized, and that all livestock could become land-based, and pigs and chickens could be fed food waste. Livestock could be reintegrated into the landscape through government policy and the promotion of organically grown foods.

Livestock is linked to nature conservation, and this link should be emphasized and promoted. The foods thus produced should be processed locally and subsidies could be put in place to encourage local dairies and decentralized processing infrastructures.

The author is a freelance journalist.