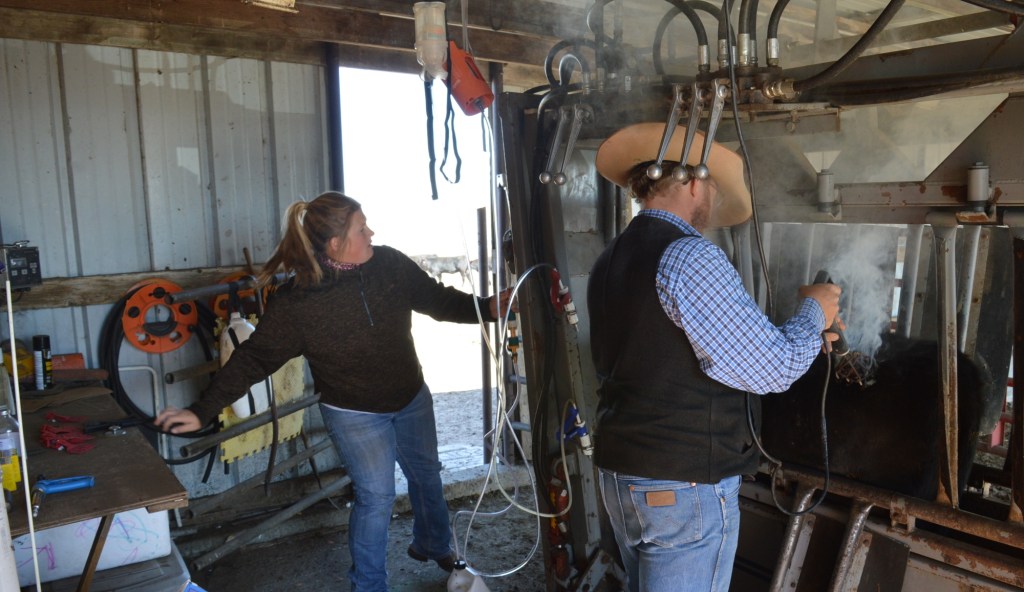 State officials are working to mend fences with the farming community after a gubernatorial nomination sparked widespread backlash.

Colorado Agriculture Commissioner Kate Greenberg and her new Bureau of Animal Welfare Director Dr. Rebecca Niemic traveled to northeast Colorado last week to meet with farmers and ranchers. Niemic’s association with the organization Mercy for Animals, which is dedicated to ending animal husbandry, has caused outrage in the state’s animal husbandry industry. It was seen as further proof that Gov. Jared Polis knows little and doesn’t care about the industry that generates $5 billion in cash sales a year, 80% of which is livestock. Polis has been repeatedly criticized for appointments that have upset the farming community, starting with Greenberg herself. More recently, animal activist Ellen Kessler resigned from her position on the state veterinary board after making a number of comments disparaging cattle ranchers and the ranching industry in general.

On Tuesday, Greenberg and Niemic sat down with Yuma County producers for several hours of questions. An observer there said some of the farmers and ranchers give Greenberg credit for at least addressing their concerns.

The duo, along with Greenberg’s deputy director of communications, Bethany Howell, then sat down with the Journal-Advocate’s editorial board for a discussion about how they plan to work with an industry that views them with deep suspicion. . Greenberg said they realized Niemic’s appointment would be problematic, but that didn’t change the fact that she was the best person for the job. This meant they had to work on something Greenberg had been doing for two years; build trust.

“I would say building that trust will be critical and one of my goals is to go out into the communities to build that trust and continue to have (those) conversations,” she said.

Niemic told the board that while she plans to meet with people from the Front Range about animal welfare, it’s important to her to start by building relationships in rural Colorado.

“The reason we came here was to talk about partnerships and collaboration,” she said. “We recognize that no one knows as much about farming as the communities here, so we want to work with all of you as experts.”

In her application for the job, Niemic made five different mentions of the importance she places on “animal advocacy and conservation.” During our interview, she said this translates directly to her work with the Bureau of Animal Protection.

“In my current role, (that means) looking after the animals and it’s basically making sure that we comply with the statutes, which state that you must ensure that no pets are mistreated,” a- she declared.

When asked how she balances her work on “sustainable and humane food choices” with her current work with the livestock industry, Niemic said the important part of her job is bringing together diverse groups to communicate .

“A common thread running through all of these things has been the focus on raising awareness, how do we understand and bring together diverse perceptions, and how can we reach different communities?” she says. “When you work with bands, sometimes you don’t necessarily agree with everything they do, but you tap into your relationships (with them). I no longer work on my work related to food choices. I really focus on the BAP program, so there’s no part of the BAP that has to do with people’s food choices.

Greenberg said there was a bigger question for the entire Department of Agriculture about how to show food consumers that agriculture is a complex industry that has evolved tremendously over time and continues to grow. evolve to meet new challenges.

“I see an intersection between BAP and a cruelty-free food choice in that we want to support best animal husbandry practices in Colorado,” she said. “It shows that Colorado is committed to addressing animal cruelty, but it’s separate from this area of ​​promoting good animal husbandry.”

Niemic said she realizes that cases of animal cruelty are rare in the livestock industry, and that the rare cases that do occur are mostly caused by accident or a lack of resources. She said her office’s primary enforcement focus will include education and ensuring ranchers know the CDA is available to help with animal welfare issues.