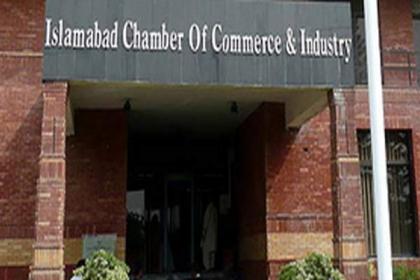 Islamabad Chamber of Commerce and Industry President Muhammad Shakeel Munir on Friday launched a tree-planting campaign by planting a sapling ‘Moringa’ at Sihala Flour Mill, Industrial Area, Islamabad to support the vision from the Prime Minister to promote a clean and green Pakistan

Speaking on the occasion, he said that promoting a healthy environment was ICCI’s main preference and that the House had launched a “Go Green Drive” to plant as many trees as possible in the federal capital. , according to a press release posted here.

He urged the business community to plant more trees in shopping malls and industrial areas to support the prime minister’s goal of planting 10 billion trees during his tenure.

The president said that about 5 percent of Pakistan’s land area was under forest while the global average ratio of forest cover exceeded 30 percent.

Therefore, it was very important for Pakistan to plant as many trees as possible to improve afforestation and promote a healthy environment.

He said that there is also a need to take care of the planted trees, as the plant survival rate is almost 50 percent due to various factors, including damage to plants by animals and termites.

Founding group chairman Mian Akram Farid said more trees would be planted in Islamabad to make it a greener city in the country.

He also called on the business community, other organizations and members of civil society to actively participate in the tree-planting campaign and to plant as many saplings as possible to make Islamabad a greener city and more. beautiful country.

A profitable breeding business in India