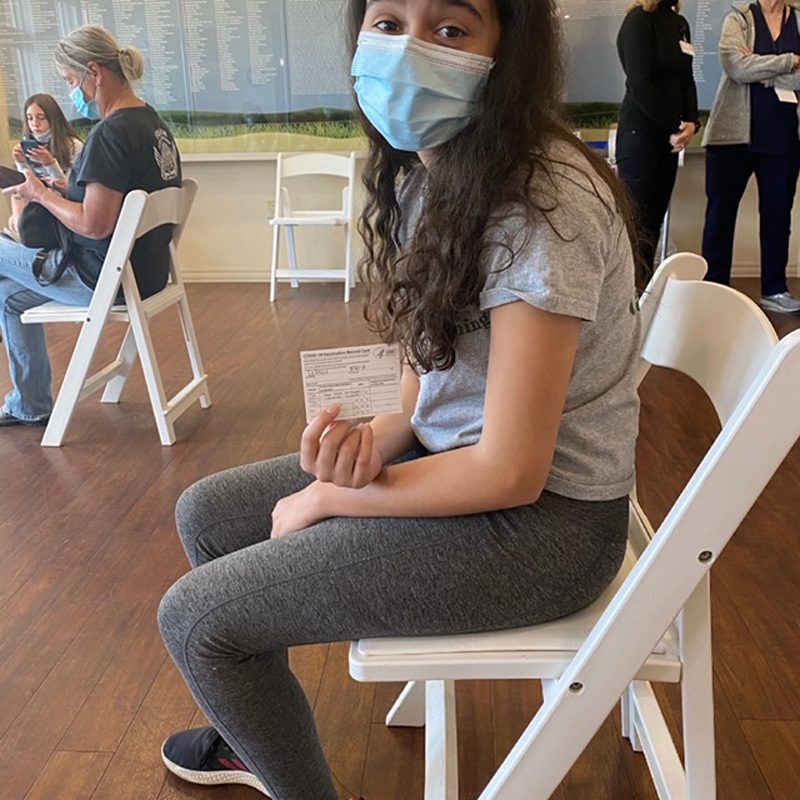 Martha’s Vineyard Hospital will begin offering Pfizer COVID-19 vaccines for children ages 5 to 11 next week, following official approval from the Centers for Disease Control and Prevention (CDC) on Tuesday.

Hospital staff have prepared for the announcement and plan to begin offering pediatric vaccines on Thursday, November 11 and Saturday, November 13. The schedule for next week’s meetings will begin on Thursday, November 4 at 5 p.m. Parents can use the hospital’s online planning platform at mvhospital.org, by clicking on the yellow banner at the top of the page and following the prompts. Pediatric vaccines will be administered through the hospital drive-thru vaccination station.

â€œIt’s every week that we get delivered; we expect our first delivery will be 300 next week, and that is why we are opening these clinics, â€Seguin said.

Pediatric doses are approximately one-third of the amount given to adults and will be given in two doses three weeks apart.

Seguin said the Island Hospital has seen a higher vaccination rate among young people and hopes that trend will continue with pediatric injections. â€œWe definitely encourage children aged 5 to 11 to get vaccinated. They contract COVID and get sick, â€Seguin said. “What we saw nationally for 12 to 18 year olds was that the vaccination rate was a little lower than that of adults, around 30 to 40 percent.”

Seguin also shared information from the American Academy of Pediatrics, a professional organization of pediatricians, on the safety and effectiveness of the vaccine for children.

â€œThe vaccine works the same as other vaccines your child has received. The technology behind the vaccine has been studied for decades, and there is no live virus in the vaccine, and the CDC said vaccines have and will continue to have “the most intensive safety surveillance in the world.” ‘history of the United States’. The evidence for its safety is overwhelming and it will be the protection your child needs as the pandemic does not abate, â€she said. â€œWe have seen where the vaccine has been administered, the rates of COVID have been lower. “

The hospital continues to roll out vaccines for residents of the island. Seguin said the hospital expects to vaccinate an additional 400 to 500 people next week with the first, second and third doses. â€œI am happy to report that we have passed the 30,000 mark this week,â€ said Seguin.

No new cases of COVID were reported on Monday or Tuesday, and only one case on Sunday, as the number of weekly cases continues to decline.

New cases have remained low since the island peaked at 97 cases in August. The island averaged just over three cases per day for the month of October, while in August the vineyard was on average closer to eight cases per day. Last week there were on average less than two cases per day.

Meanwhile, the hospital is currently rolling out reminders for those who have received Moderna and Johnson & Johnson COVID-19 vaccines, in addition to Pfizer reminders, which have been available since last month.

To be eligible for the Johnson & Johnson booster dose, individuals must have received their first dose of the vaccine at least two months ago and be at least 18 years of age.

The hospital also offers mixed vaccines for booster injections. Those who have received the Pfizer, Moderna and Johnson & Johnson vaccines can choose the dose they want to receive for the booster, according to Seguin, according to CDC recommendations. Seguin said the hospital is handing out reminder appointments at a rate they can handle.

Schepici said that with the onset of winter, the hospital is also offering flu shots. Additionally, she said, around the same time last year, the island has seen an increase in COVID cases, but few cases of the flu. Now she fears the opposite will happen. â€œWe won’t have as big a crash as last year because people have been vaccinated, there is some immunity, but we still have the variant there,â€ Schepici said. “I hope given all the vaccination rates it won’t be so bad.”

Meanwhile, the hospital has recently been busy with surgeries and childbirth. The hospital had four new births on Tuesday and expects a total of 23 births for November, which is high for the hospital.