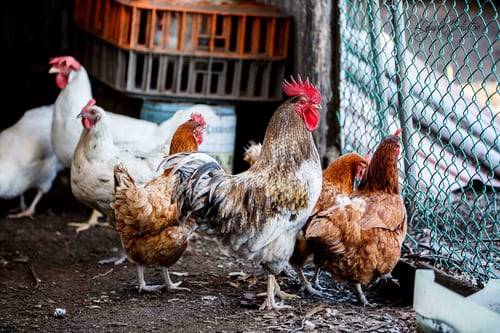 The unprecedented rains of the past few days have had a deadly impact on poultry farmers and ranchers in the Kumaon Valley. There was carcasses of chickens, ducks, cows, buffaloes and goats littered in several villages of Nainital and Udham Singh Nagar.

But, Udham Singh Nagar is the most affected area, because 21,000 hens were washed away and died in the rainwater there alone. The burden fell on the Breeding department because they are hired 24 hours a day to compensate affected farmers. Now the battle has become more serious for the department as it involves surface infections among the animals that survived the heavy washout.

They organize medical camps in several places to treat the affected cattle. In order to prevent bird flu and other diseases from rotten carcasses, the local administration is overseeing the remediation of areas that have experienced massive bird and animal deaths.

The breeders and poultry farmers of Udham Singh Nagar, Almora and Champawat are the most affected, who have suffered a loss of around Rs 115 lakes, according to data collected by the Department of Livestock.

The data also shows 35 cows, 17 buffaloes and ten calves died and only one farm in Khatima (US Nagar) lost around 200 ducks.

“Dermatology related problems now occur among animals in the form of infections, fever and colds due to excessive exposure to rains. We organize camps across villages to provide care for affected animals”GS Dhami, Chief Veterinary Officer, US Nagar informed.

It is a pitiful situation for the villagers as they face a huge loss in the height of the holiday season. “We lost 6,000 hens in this tragedy, a major loss for us. It would otherwise have been the rush hour to make us money, due to the holiday season”- said Balwant Singh, a poultry farmer from Udham Singh Nagar.

Dear boss, thank you for being our reader. Readers like you are a source of inspiration for us to advance agrijournalism. We need your support to continue to provide quality agricultural journalism and reach out to farmers and people all across rural India.

Every contribution is precious for our future.

A floating hospital, a lifeline for cattle