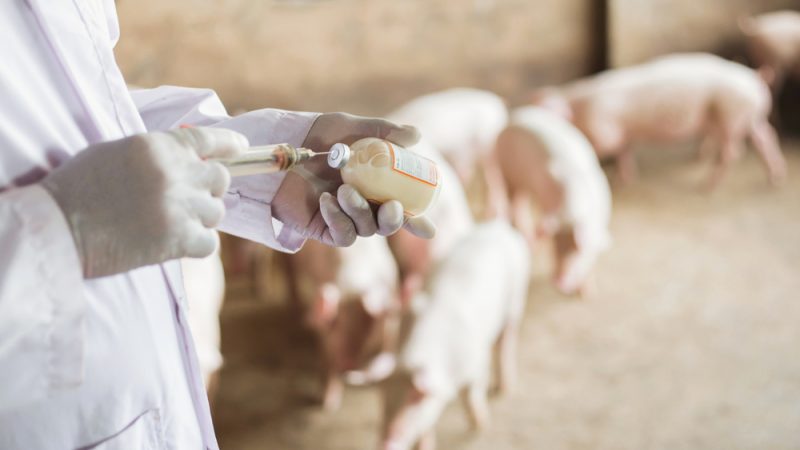 Germany to toughen rules on antibiotics for livestock – EURACTIV.com

German Agriculture Minister Cem Özdemir is pushing a bill through the country’s parliament that seeks stricter control over the use of antibiotics in livestock farming to counter the growing risk of resistant germs. But the associations warn that the restrictions must not come at the expense of animal health.

The draft amendments tabled to the Veterinary Medicines Law proposed by Özdemir are designed to ensure stricter controls on the use of antibiotics in animal husbandry.

This includes broadening the scope of animals covered by rules aimed at minimizing the use of antibiotics and strengthening the enforcement powers of authorities on the ground by allowing them to order farms to put in place reduction.

“Antibiotic resistance is one of the greatest health problems of our time – some even call it the silent pandemic,” Özdemir told lawmakers in the Bundestag during a debate on the bill last week, pointing out that the use of antibiotics must be further reduced in order to continue to have effective medicines for humans and animals in the future.

Antibiotic-resistant bacterial infections killed more than 1.2 million people worldwide in 2019, according to a study published earlier this year.

This was likely caused by the widespread use of antibiotics – both in human and veterinary medicine – which led some bacteria to develop antimicrobial resistance (AMR), making antibiotics increasingly ineffective against infections.

The Commission’s recently created European Health Union, which has made health crisis preparedness its top priority, has also named the antibiotic problem as one of the bloc’s top three health threats.

Meanwhile, the EU’s flagship food policy, the Farm to Fork Strategy, also set the target of halving the sale of antibiotics for farm animals in the EU by 2030.

The ambitions of the EU

The amendments also propose that comprehensive data on the use of antibiotics in farm animals be passed on to the European medicines agency, EMA. In this way, Germany would fulfill its obligations under the EU Veterinary Medicines Regulation.

But environmentalists have warned that the measures taken so far by the EU and member states are insufficient to achieve this goal.

Meanwhile, a particularly controversial measure being debated at EU level is the Commission’s list of antimicrobials to be reserved for human use only – not veterinary medicine.

Both stakeholders and MEPs have strongly criticized the antibiotics that the World Health Organization (WHO) recommends should be reserved for human use.

The colistine in the spotlight

The drug Colistin, which is used to treat infections such as pneumonia, is not on the list because the Commission recommends other ways to reduce its use.

However, with its bill, the German Ministry of Agriculture also wants to work on reducing the use of so-called reserve antibiotics, i.e. critically important active substances such as colistin.

Although the bill does not provide fixed reduction targets, reserve antibiotics should be given special weight in the reported data on antibiotic use, as this ensures that they are “used as infrequently as possible”. , he added.

Mathias Pletz, director of the Institute for Infectious Medicine and Hospital Hygiene at Jena University Hospital, welcomed the bill during a hearing in the Bundestag on Monday (October 17), saying it aims to further reduce “mass use” of Colistin as well as other substances.

However, the fight against antibiotic resistance involves a difficult balancing act.

While the area of ​​livestock farming is seen as one of the main areas where the use of antibiotics can be reduced, the associations warn that the use of drugs must remain possible where it is essential for animal health. .

Attempts to reduce the use of antibiotics must not neglect “the preservation of animal health”, warned the Association of German Farmers in a press release published on Tuesday (October 18th).

“A general reduction in the amount of antibiotics used” should “not be equated” with the prevention of antimicrobial resistance, the association continued.

Despite all efforts to reduce the use of antibiotics, “animal welfare requires that sick animals can continue to be treated”, Özdemir also told the Bundestag, warning however that the use of too many antibiotics in stables is “always a sign that the animals are obviously poorly kept.

EU not on track to cut livestock antibiotics, campaigners say

EU and national policies are not ambitious enough to meet the bloc’s target of halving antibiotic use in livestock farming by 2030, say campaigners, who warn that without enough action, humans will also be at risk of antimicrobial resistance.