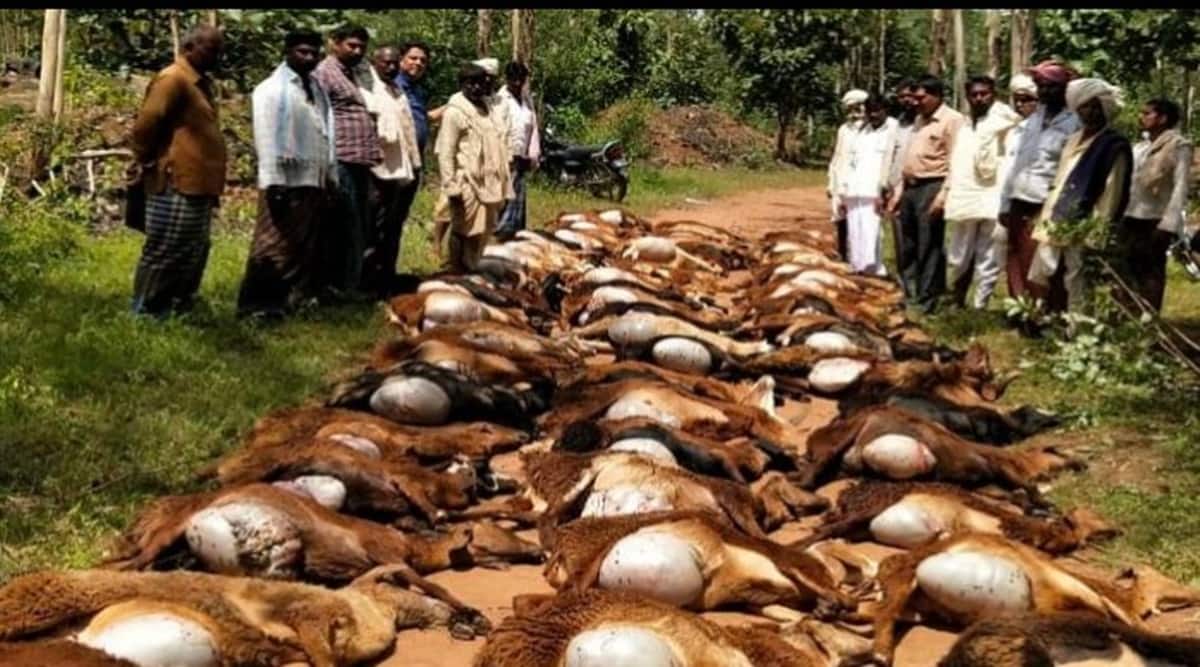 On October 25, more than 35 sheep are believed to have died in Shivamogga. The incident came to light after Congress leader Siddaramaaiah tweeted the photo of the carcass stating that the state government had halted the Anugraha program under which aid worth 5,000 rupees for the Accidental death of a sheep was granted to herders and 10,000 rupees for the accidental death of cattle. to livestock owners.

A senior government official from the Department of Livestock and Veterinary Services (AH&VS) told The Indian Express that the reason for the death of the sheep was enterotoxemia. â€œWe had sent the chief veterinarian and scientist from the Institute of Animal Health and Veterinary Biologics (IAH & VB) there to collect information. An autopsy was performed and we found enterotoxemia to be the cause of death. Samples were also sent to IAH & VB, Bengaluru, for confirmation. “

Enterotoxemia is a bacterial disease in sheep and goats. Two strains of bacteria – Clostridium Perfringens – are found in low numbers in the gastrointestinal tract of all sheep and goats. However, when the number of Clostridium Perfringens explodes, a toxin is released which results in death. One of the reasons for the outbreak of the bacteria is the change in the diet of the animal.

Regarding the shutdown of the program alleged by Siddaramaiah, the official said that by order of Chief Minister Basavaraj Bommai, the department has also started taking requests for the current year.

â€œThe regime has not stopped. We have cleared the past wait until Rs 30 crore and have now started accepting applications for this year as well. The CM asked us to do it, â€he added.