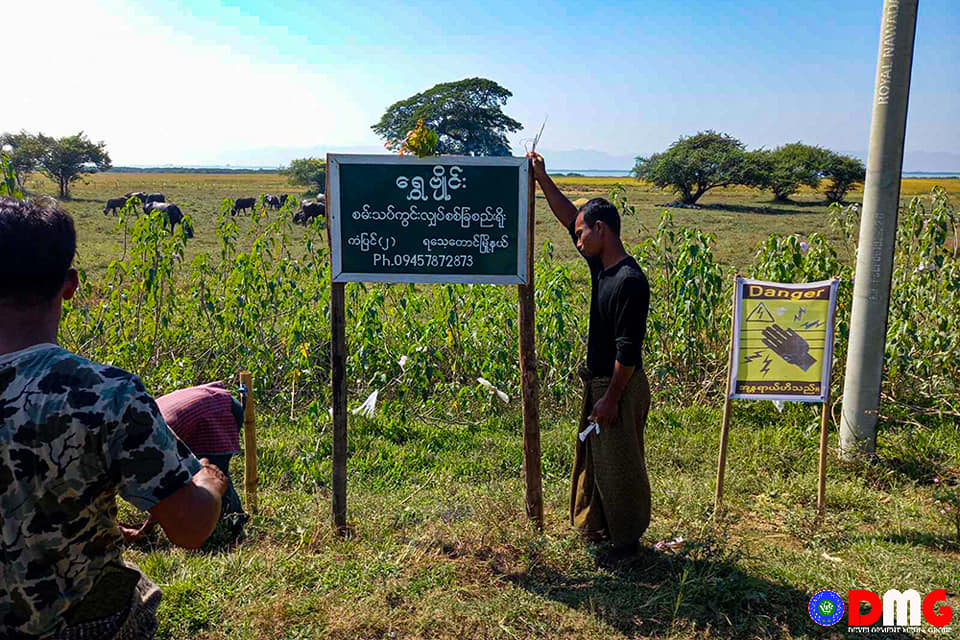 Electric fences presented as an aid to breeders in Rathedaung Twsp

Electric fences are being erected in Kanbyin village, part of Rathedaung township in Rakhine State, to support cattle herders.

Farmers will be able to do more work with less labor, saving time and money, if they install electric fences, said U Tun Lin, who runs the electric fencing company Golden Egret.

“The electric fence can be used for all three seasons and the machine is guaranteed for one year,” he told DMG.

Ko Tun Lin said he learned first-hand how electric fencing systems could be used to support animal husbandry while working in Thailand, after which he decided to start his own electric fencing business in Rakhine State.

According to the Golden Egret Electric Fence Company.

“At least two people have to look after my cattle. Everything is fine after installing the electric fence, ”said U Aung Kyan Soe, a resident of Rathedaung County. “Installing an electric fence saves time and effort and is very convenient to use. “

Although this electric fence method is widely practiced among those who keep cattle in Thailand, it is said to be the first of its kind in Rakhine State.