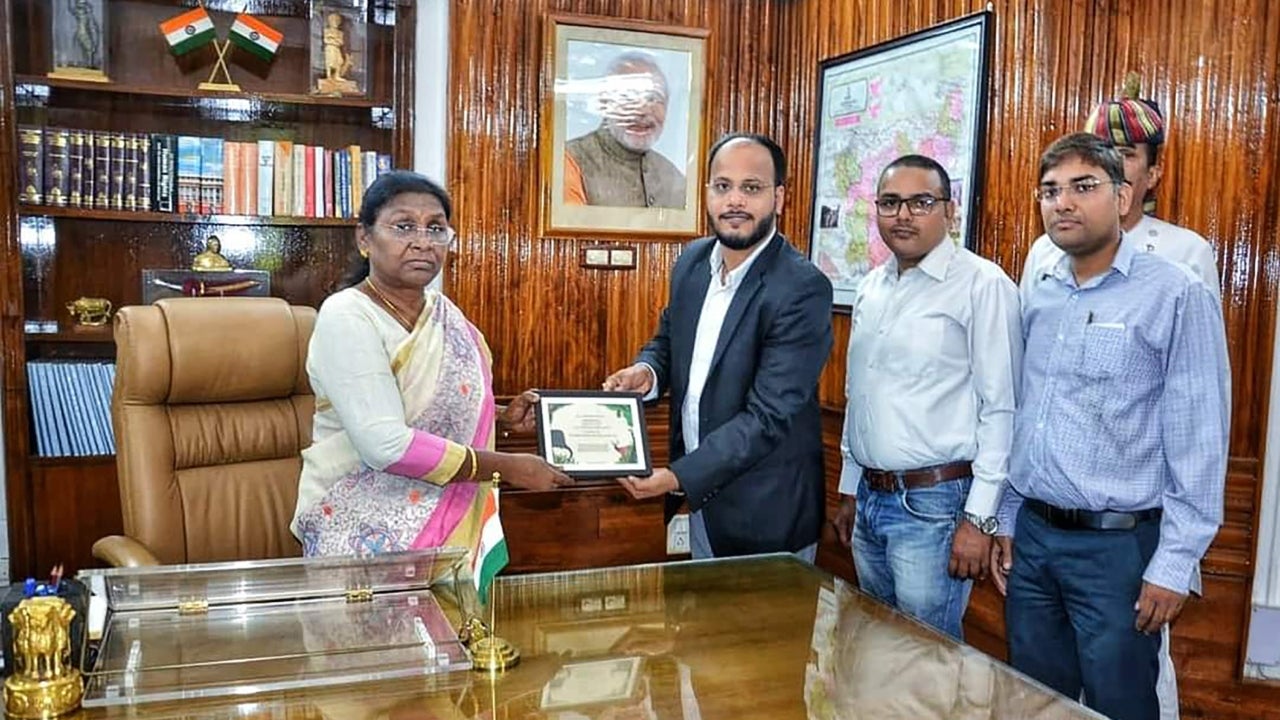 Draupadi Murmu’s vision led to the planting of 50 Lakh trees in Odisha! Can it inspire a greener future for India?

Former President Dr. APJ Abdul Kalam was one such spark that ignited the fire among millions of Indians. As one of the first ambassadors for a greener future, he took an oath: “I will plant and maintain ten trees and ensure that my family and neighbors also plant ten trees each!”. His vision was “A billion trees for a billion people”. .

The primary duty of an Indian president is to protect and defend the constitution. But they also play another essential role by inspiring the whole country with their actions and their words.

India on Thursday elected Smt Draupadi Murmu as the country’s first female tribal president. Born in Uparbeda village in Mayurbhanj district of Odisha, she has been a champion of environmental causes throughout her distinguished political career.

“The environment cannot be protected by relying only on government or forest committees, but a collective effort is needed to protect it,” she said years ago when she was governor of Jharkhand. In fact, the social organization Grow-Trees.com’s ‘Trees for Tiger’ project, which has planted more than 50 lakh trees in Odisha, is the brainchild of Draupadi Murmu.

“I had met Draupadiji at Raj Bhavan during her tenure as Governor of Jharkhand, and she offered to plant trees around Similipal National Park in Mayurbhanj district and other shrines in Odisha. She has close ties with the Santhal community of Mayurbhanj and suggested that we include the tribal areas in our ‘Trees for the Tiger’ planting campaign. We did, and during the pandemic, the project helped create sustainable livelihood opportunities for important tribes like Bhumij, Santhal, Gond, Mankidia and Kolha,” says Bikrant Tiwary, CEO of Grow-Trees.com!

Similipal National Park, which covers 2,750 square kilometres, is one of India’s oldest tiger reserves and has been part of UNESCO’s World Network of Biosphere Reserves since 2009. It is home to a rich area of biodiversity and serves as a habitat for Asian elephants and melanistic black tigers. as well.

“The aim of this project was to help repair wildlife habitats, restore biodiversity and support local communities. We have planted 50 lakh of trees in the foothills of the national park, including in the gram panchayats of Asana, Kendua, Kuchilaghati, Gundihudi and Rangamatia. Grow-Trees.com has also coordinated with local tribal groups and forest departments to plant a mix of around 20 species of trees,” says Bikrant. These trees will help It also helps control soil erosion, improve the water table, and mitigate floods, droughts, and forest fires, says Bikrant.

He concludes: “We are happy to have followed up on Draupadi ji’s suggestion and are happy that the extensive forest cover in the buffer zones not only provides natural shelter for the tigers, but also helps to control human-wildlife conflicts and improve the biodiversity on which so many lives and livelihoods depend.”

Despite strict regulations, India loses thousands of hectares of forest every year due to land use change, deforestation and illegal logging. According to Global Forest Watch, India lost 1.27 lakh hectares of natural forest in 2021 alone, which equates to 64.6 million tonnes of CO₂ emissions. While forest plantations may not correct the large-scale destruction of fragile ecosystems, afforestation and reforestation can lead to many long-term socio-economic and environmental benefits.

As passionate environmental champions like Draupadi Murmu ascend to the nation’s highest office, we can only hope she inspires millions to commit to a greener future for India.

For weather, science and COVID-19 updates on the go, download The Weather Channel app (on the Android and iOS store). It’s free!

Draupadi Murmu’s vision once led to the planting of 50 lakh trees in Odisha! Can it inspire a greener future for India?