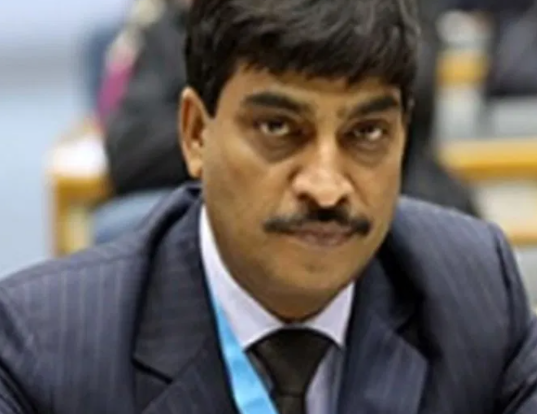 CS reviews the functioning of the livestock, livestock and fisheries department

The Principal Secretary of the Sheep Breeding and Fisheries Department, relevant directors and other senior officials of the Department attended the meeting.

During the meeting, various sectors including dairy, poultry and diets under the Department were discussed in detail. It was informed that the Union Territory of Jammu and Kashmir has made significant progress in the production of milk and meat during the fiscal year 2020-21 and a total of 2594.49 thousand tons of milk , 88.94 thousand tons of meat and 1743.30 thousand tons of egg production has been completed.

Mehta observed that there is still huge potential to further improve income and livelihoods in the Union territory to the tune of around Rs1500 crore over the next 3 years.

The Chief Secretary further observed that the combined initiatives to improve the qualitative production of apples, cash crops, poultry, fodder and meat have the potential to add around 5,000 crore rupees to the economy at middle term.

As part of initiatives to combat diseases such as foot-and-mouth disease (FMD) and brucellosis in livestock, the Ministry vaccinates all animals in mission mode under the National Program for the Control of Animal Diseases (NADCP-II ) with the objective of eradicating both diseases by 2030. It was informed that this year no outbreaks of these diseases have been reported so far.

Appreciating the organization of Pashu Mandi in Lakhanpur which has helped local farmers to buy top quality cattle in the UT from vendors in neighboring states like Punjab and Haryana, the chief secretary asked the ministry to ‘make it a regular article and also explore the possibility of organizing such tariffs in other areas of the Union territory, adding that not only would benefit the local farmer but also stimulate the dairy economy . The chief secretary was also informed of the establishment of a group of dairy units in Nagri block in Kathua district.

Regarding the sheep farming sector, he was informed that the integrated sheep development scheme launched in 2020 has been a great success. To date, 2,284 goat sheep units have been created and 693 more will be created by the end of this fiscal year, creating direct jobs for 5,954 people and increasing sheep production by around 12 Kgs lake.

Regarding the Exotic Purebred Merino Sheep, it has been advised that the stock is being restocked at Daksum. These rams are used initially to enhance the value of departmental livestock and will then be distributed in the field.

The Department also informed the meeting of the establishment of a fish market in Jammu which would provide a hygienic environment for the sale of fish.