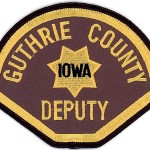 A man from the Guthrie Center was recently sentenced to cattle negligence probation.

Jacob Sanders, 36, was found guilty in court and sentenced to one year probation on the charge of serious misdemeanor for negligence in cattle, according to court documents.

The charge arose out of an investigation by the Guthrie County Sheriff’s Office on November 12, 2020. Jacob Sanders told the deputy his steer got out of the trailer, past his wife to a grassy area near a primary school. He used a hammer and cut the animal’s throat for euthanasia. The deputy spoke to licensed vets who said the way Sanders killed his steer was outside of standard husbandry practice.

He was also ordered to pay over $ 700 in fines and surcharges.