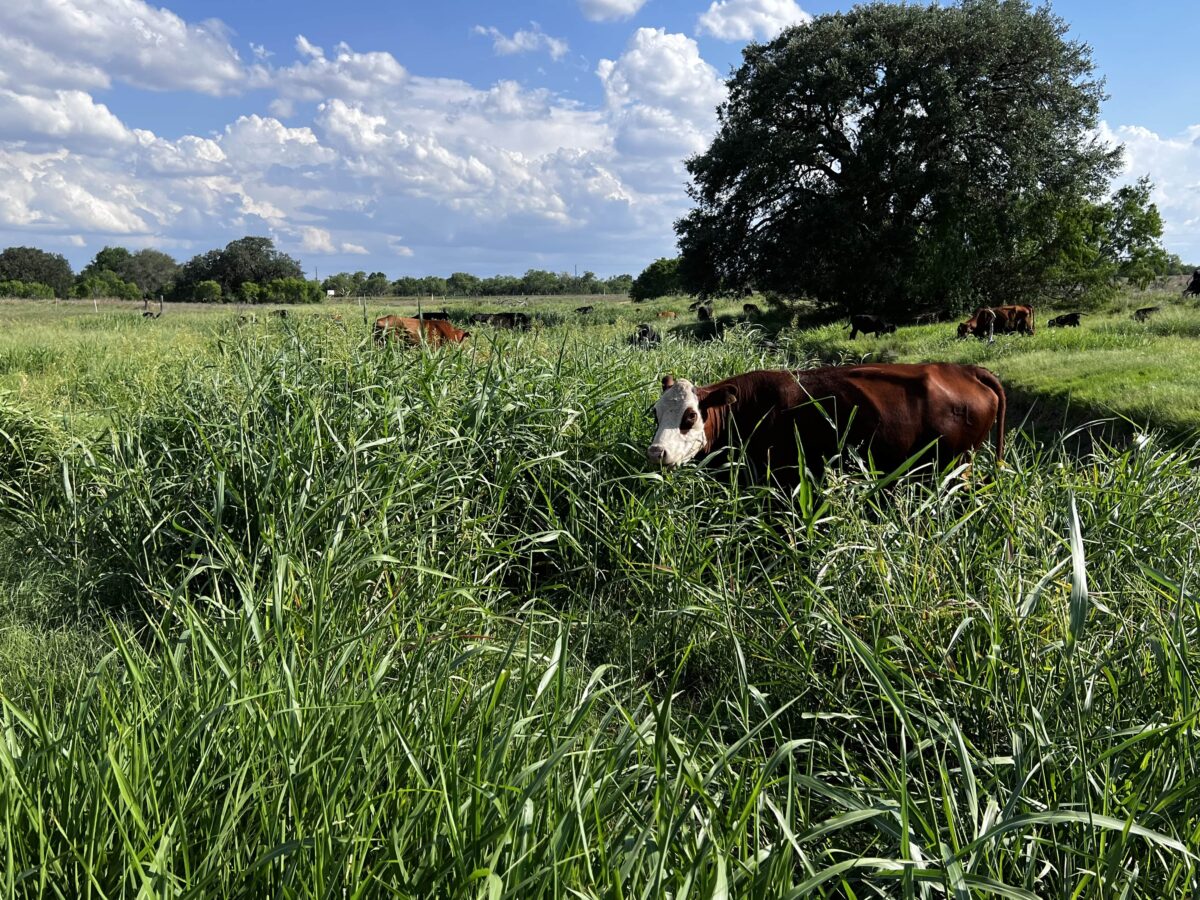 Livestock has been at the forefront of media and environmental attacks for decades. That’s because many researchers insist the United States has reached a tipping point with ranching, citing prolonged drought conditions as evidence.

This year, too dry weather in the United States has broken records. In February, the results of a UCLA-led study suggest that drought conditions in the American West are the worst in 1,200 years.

Subsequently, ranchers found themselves in a hotbed of environmental anger.

The drought crisis has drawn heavy frowns and trepidation from the orthodox scientific community, which points to cattle grazing as a major part of the problem.

Because for most scientists, there is a formula: more grazing animals equals worse climate effects, period.

Additionally, when done correctly, some evidence suggests that grazing livestock can even reverse the effects of desertification.

Known as the process by which fertile soil becomes desert, think tanks in nearly every industry have spent years troubleshooting the rapid desertification of the American prairies.

Meanwhile, proponents of regenerative agriculture say livestock grazing is key to preserving what remains of the 775 million acres of iconic prairie in the United States.

Honsberger operates a cattle operation at Hickok Ranch on the pastoral plains of Karnes County, Texas. Originally purchased by the cousin of Western folk hero Wild Bill Hickok in 1878, the ranch has been in the family ever since.

And over the past 144 years, they’ve learned valuable lessons about livestock.

Honsberger explained that regenerative grazing proved beneficial during what was mostly a very dry year in Texas. The main difference between the method he employs at Hickok Ranch and traditional grazing is the end goal.

For most farmers, grazing is just one method of feeding cows. Yet with the regenerative approach, the additional goal is to return as many nutrients to the soil as possible.

“With traditional grazing, cattle graze a large pasture and are allowed to eat whatever they want,” Honsberger said. “The problem with this approach is that the natural fertilizers produced by the cows are spread and not completely absorbed by the soil.”

Additionally, with the traditional approach, cows may return to areas where grass and other prairie plants are trying to re-establish themselves, hampering growth.

“They [cows] will eat and trample the grass as it tries to regrow.

But with the regenerative method, Honsberger said livestock are concentrated in smaller plots using portable electric fencing. Pasture plots range in size from three to five acres and cows consume over a three to four hour period before moving on to the next designated pasture section.

“Because the concentration of cattle is so dense, they are more likely to push manure, urine and uneaten or dead grass into the ground. This is called hoof impact.

Honsberger maintains that the “hoof impact” of natural fertilizer eliminates the need for chemicals and allows grass to regrow faster and healthier.

While this modified approach to cattle grazing might seem simple, it wasn’t so obvious to the world of animal husbandry or environmental science until 2013.

When holistic land management pioneer Allan Savory spoke at a TED event in 2013, he shocked the world when he said more pasture was needed for livestock, not less. , to reverse the effects of desertification on the world’s grasslands.

Born in Zimbabwe, Savory watched the vast grasslands of his native Africa slowly turn into desert under the hooves of animals.

This inspired him to become a range ecologist and develop holistic land management techniques involving animal grazing in the 1960s.

Today, Savory’s institute has 48 global centers and more than 12,000 farmers trained in its regenerative grazing method. His institute has more than 13 million hectares that have benefited from the transition to his land management methods, which mimic the models used by animals in the wild.

Herd animals in the wild tend to graze in dense groups and keep moving to defend themselves against predators.

And for breeders like Honsberger, the proof is right under his feet.

“Although I am not a grassland expert, I work and manage the grass daily,” he said.

Back to Mob Grazing Days

Water retention is paramount when it comes to reversing desertification and the effects of drought. Grasslands are an essential part of this process.

Vastly underrepresented as an ecosystem, nearly a third of the earth’s land – more than 12 billion acres – comprises vast grassland landscapes. And those tall, rolling grasses do more than just feed animals and create scenic backdrops.

Melvin’s business focuses on regenerative agriculture and self-sustaining food systems. He explained that during heavy rains, the deep-rooted native grasses slow down the water, preventing excessive runoff. In turn, groundwater is also replenished.

“It makes the landscape feel like a sponge,” Melvin said.

He also agrees with Savory’s method, saying it is necessary to bring cows back to their “crowd grazing days”.

Giving the example of how wild bison foraged on the American Great Plains, Melvin elaborated the near-constant rotation used with the holistic approach that maximizes plant photosynthesis by not allowing animals like cows to hide. at the same location.

“Using cattle in regenerative agriculture is more than throwing a bunch of cows into a field of grass,” he said.

Even those in the energy sector have recognized the benefits of a holistic approach to livestock grazing.

United Energy Trading (UET) works with American communities who want to improve grassland health and sequester carbon through the use of a method of grazing called “double grazing.”

“The application of double grazing is essential to the overall preservation and improvement of grasslands. These techniques lead to better soil health, which is a critical part of fighting climate change,” Kyle Eichman, vice president of communications and media relations at UET, told The Epoch Times.

Eichman notes that this new approach is vital since the biggest threats to grasslands are drought and overgrazing. He said that given the massive scale of the Northern Great Plains, the American prairies play a vital role in a healthy ecosystem.

“If you also consider the impact of the grasslands on the ranching industry, the ability to feed the United States and the world, that becomes even more important,” he said.

And with some experts estimating that more than 70% of the world’s grasslands are turning into desert, the timing couldn’t be more relevant.

Although not everyone is convinced.

Critics of regenerative grazing techniques stick to their mantra that less meat consumption and fewer livestock is the only way out of the carbon-methane trap and desertification.

Further, the opposition argues that the evidence that holistic grazing is a miracle breakthrough is anecdotal, with no conclusive benefit demonstrated in Charter grazing trials.

But for those who work up close and personal with the animals and the dirt they tread on, the proof is undeniable.

“If the cattle can graze properly it will help improve the health of the soil,” Honsberger said, before adding, “I could go on, but I have a ranch to run.”

Autumn is a South American-based reporter who primarily covers Latin American issues for The Epoch Times.