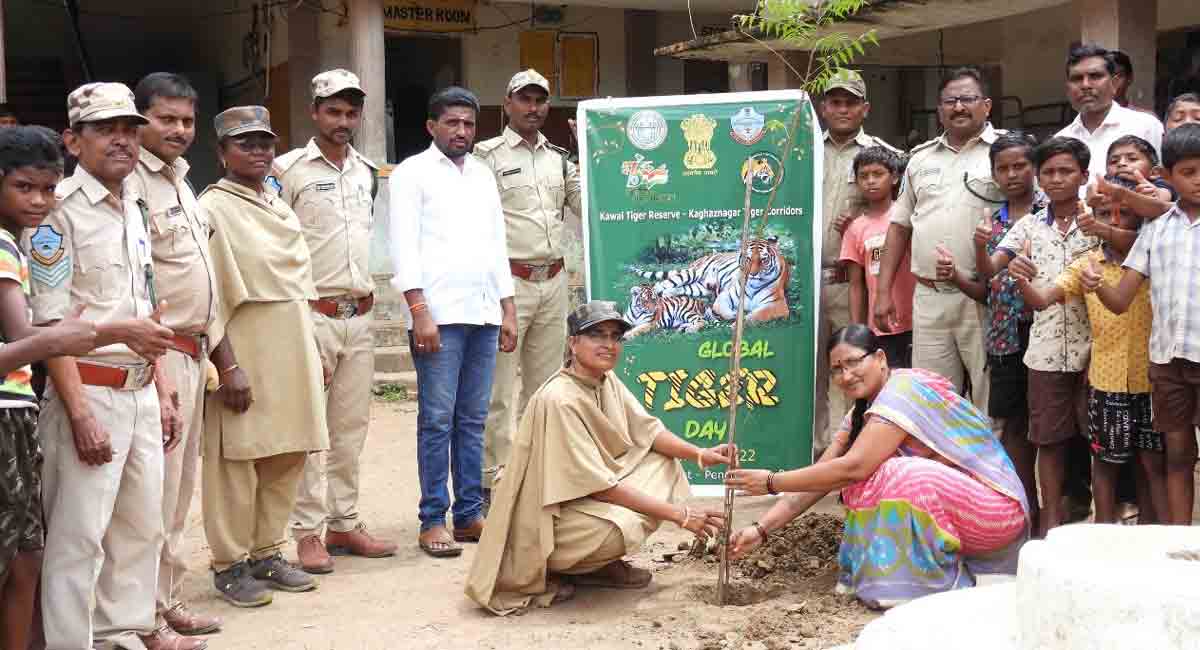 Kumram Bheem Asifabad: The Forest Department authorities have carried out several sensitization programs and undertaken the planting of saplings to mark the International Tiger Day observed on Friday in different parts of the district.

At the Penchikalpet Mandal Centre, Forest Officer S Venugopal took part in an awareness program held at a school premises and raised awareness about the majestic solitary carnivore. He said tigers are apex predators and the largest carnivore in their ecosystem. They control natural prey populations. This in turn controls the primary producers (vegetation) eaten by tiger prey.

The FRO further stated that tigers play a vital role in the food chain, stressing the importance of tiger conservation. Where tigers thrive, the watersheds that millions of people depend on can remain intact. He expressed concern about the dwindling tiger population. Big cats are constantly threatened by poaching. Their habitats have been destroyed or disconnected, and their natural prey has declined. He asked everyone to extend their cooperation to protect the national animal.

Rallies and sensitization programs were organized in the mandal centers of Asifabad, Kaghaznagar, Kerameri, Sirpur (T), Wankidi and Dahegaon. Public school students and forest department staff members took part in the events. Department officials urged citizens not to harm the carnivore and avoid a sudden confrontation with it in the forests.

Ministry of Plantation Industries to Apply for Environmental Conservation Allowance