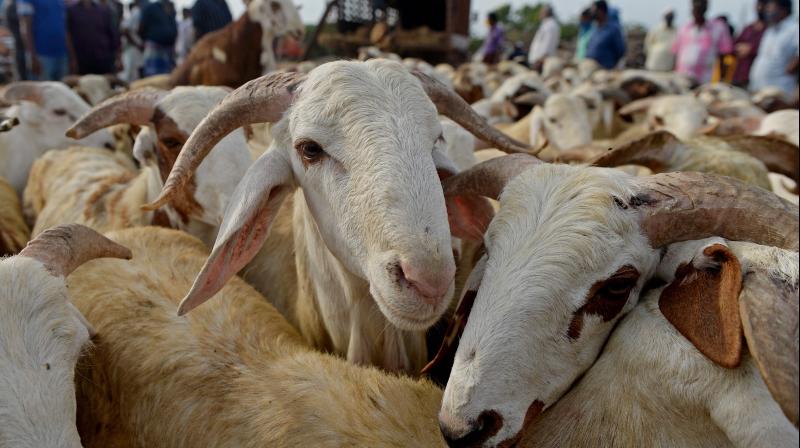 Hyderabad: The district veterinary department swung into action following reports that anthrax had claimed the lives of four sheep and a goat in the village of Chapala Banda in Warangal. As an immediate precaution, they launched measures to stop the spread of the bacterial disease, although vets said it was a common infection in cattle. The most powerful remedy is vaccination, because anthrax is caused by Bacillus, which does not mean danger to human beings.

Subbiah, a resident of Chapala Banda village in Duggondi mandal, said he bought five sheep and a goat from a trader in Anantapur at the local fair (santha) and that on October 26 all six died. Veterinarians collected the samples and sent them to the National Center for Laboratory Animal Sciences, Hyderabad, which confirmed they had succumbed to anthrax.

Dr M. Balakrishan, Co-Director of Warangal Veterinary and Livestock District, said: â€œWe immediately purchased 9,000 doses of Bengaluru anthrax vaccination and administered them to all goats and sheep within the five km radius. . There were a total of 7,800 goats and sheep in the five villages of the Mandal.

He said that “this bacterial disease is common in Rayalaseema, Nellore and in the border areas of Tamil Nadu and Karnataka”.

Retired professor Dr SR Sukumar said: â€œAnthrax will not affect humans as the infection causes skin sores and boils in those who work with animals. Bronchial infections can be treated with a simple medication.