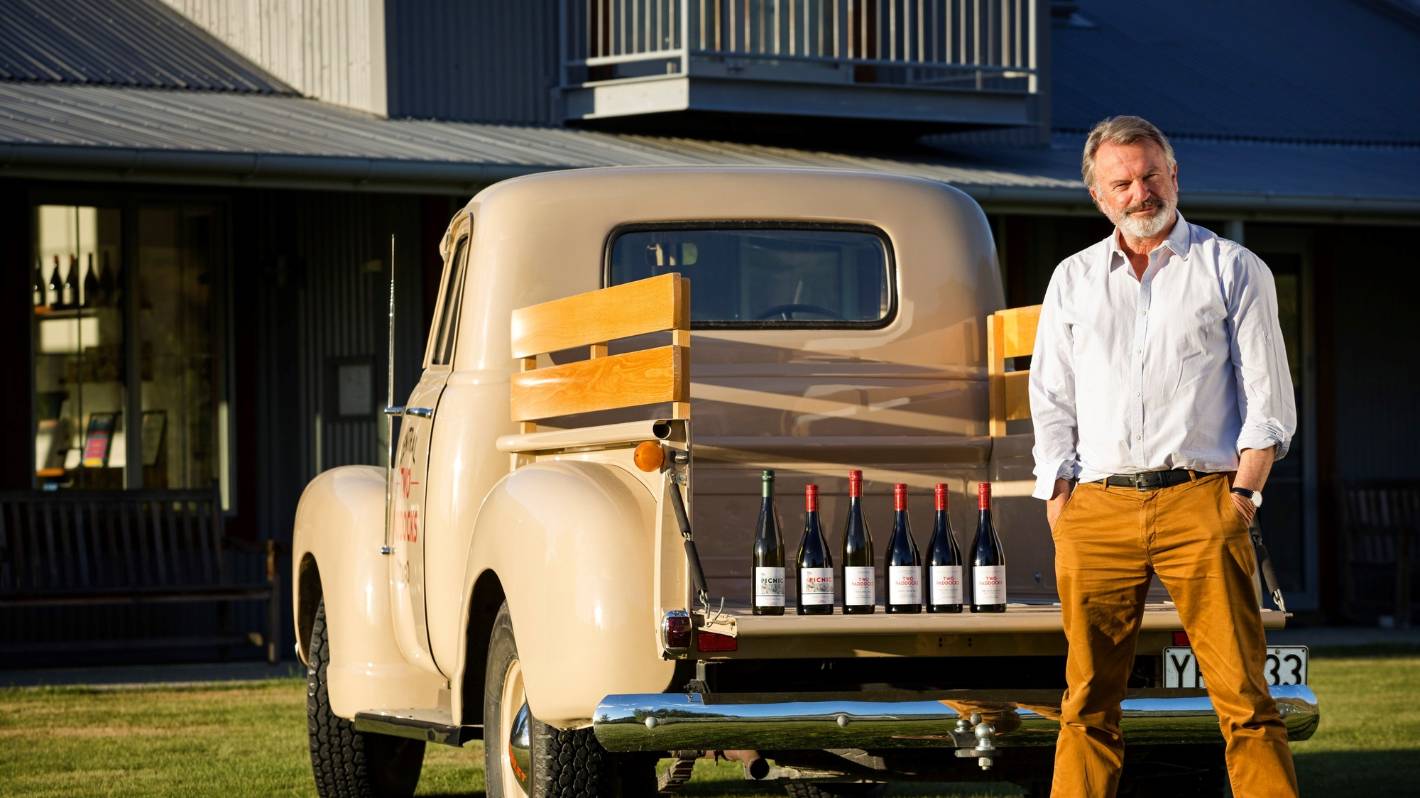 Jurassic Park actor and winemaker Sam Neill is selling his Gibbston vineyard as part of a plan to expand and diversify his wine brand.

The 8.33 hectare property near Queenstown was planted by the family business Neill in 1993 and became the first of Sam Neill’s Two Paddocks stable.

Neill said the Gibbston vineyard produced many good wines, but was a considerable distance from the company’s core business, near Alexandra and Bannockburn.

It was a reluctant sale, he said.

READ MORE:
* ‘The party life’ which lost almost everything and then found love again
* The best places to eat and drink in New Zealand, according to Sam Neill
* Five of Gibbston’s best wineries
* Why is now the best time of year to visit Sam Neill’s Two Paddocks Vineyard

â€œTwo Paddocks is growing, diversifying and streamlining certain aspects of our work.

The estate was long established, with mature vines and produced some of New Zealand’s best pinot noir, he said.

Famous residents of the area include former Prime Minister John Key and cricketer Brendon McCullum, who were previously buyers at a nearby $ 750 million luxury development on Gibbston Valley Station.

Known as The First Paddock, Neill’s certified organic vineyard has 4.6 ha of Pinot Noir vines and 3.2 ha of land that could be planted or developed.

Two Paddocks general manager Jacqui Murphy said the vineyard consistently produces some of the best fruit for the business.

â€œWines made from grapes grown at the First Paddock are among a handful of New Zealand wines to be awarded 95 points in Wine spectator. “

Ruth Hodges, rural and agri-food director of Colliers, said Gibbston was known as the â€œValley of the Vinesâ€.

It is a 25-minute drive from Queenstown and features wineries, restaurants, pubs, boutique accommodation and the historic Kawarau Suspension Bridge.

It was rare for properties in the area to become available, she said.

The vineyard is marketed by Colliers and must be sold under a private treaty ending at 2 p.m. on November 17, unless it is sold before.