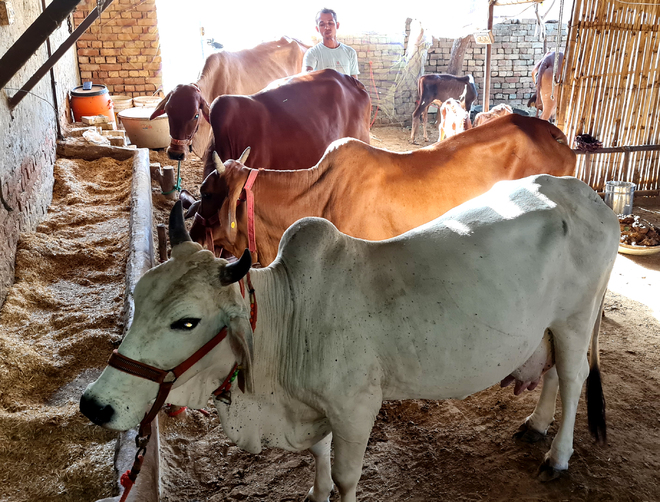 Pastoralists across the state are the beneficiaries following the shutdown of Samuhik Pashudhan Bima Yojana, which guarantees compensation in the event of accidental death of livestock due to disease or other reasons.

The program has been on hold since April 1 and herders have toured the local office of the Livestock and Dairy Department to find out when the program would resume.

“I suffered heavy losses after my two dairy cows died from illnesses in July. None of the cows were insured, following the removal of the government insurance scheme, ”said Dharamvir Dangi, a cattle breeder.

Dangi said he had visited the Livestock Department office several times to inquire about livestock insurance coverage, but each time he got the same response as the program. had not resumed.

Manoj Dhaka, another cow farmer, said his three cows’ insurance coverage was due to expire at the end of the month, so he was worried that the insurance plan was no longer available.

“A beneficiary only had to pay Rs 100 per livestock to get insurance coverage for one year under the government scheme, while private insurance agencies charge over Rs 3,000 for the same. We want the state government to resume the program as soon as possible to help the cattle ranchers, ”Dhaka added.

Surya Khatkar, deputy director (breeding), confirmed that the program is no longer operational while Dr Virendra Sehrawat, head of the sperm bank, in the same department, said the program is likely to be restarted soon.