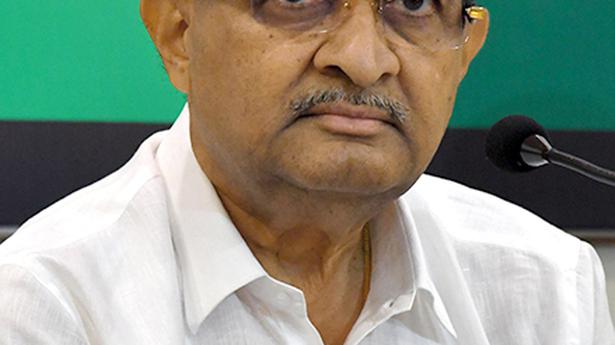 Maharashtra Livestock Minister Radhakrishna Vikhe Patil said on Tuesday that the 262 vacancies for Livestock Supervisors will be filled at the earliest through outsourcing as the state grapples with the dermatosis epidemic lumpy lump in cattle.

The decision was made to effectively control the spread of the disease in livestock by providing free treatment at the farmers’ doorstep.

In addition, the Animal Husbandry Department ordered district authorities to expedite vaccination to control the spread of lumpy skin disease. The disease has so far claimed the lives of 43 cattle in the state.

A batch of 10 lakh vaccine doses was received to vaccinate cows within 5 km of an infected area. So far, a total of 5,51,120 head of cattle in 1,755 villages have been vaccinated and out of a total of 2,664 head of infected cattle in the affected villages, 1,520 have recovered after treatment, officials said.

Livestock Department Commissioner Sachindra Pratap Singh said the disease was spreading rapidly in the state and there was a need for widespread public awareness. He told the farmers that it was a viral skin disease transmitted by vectors and affecting only cattle and buffaloes. “This disease is not transmitted from animals to humans. As of September 9, no less than 70,181 head of cattle have died in the country. While 45,063 animals died in Rajasthan, 16,866 in Punjab, 5,344 in Gujarat and 1,810 in Haryana. There is no reason for farmers to panic over these mortality figures as well as news circulating on social media,” he said.

He said that in 2020-21, outbreaks were found in 26 districts in the state but mortality was very low. Also in 2021-2022, an outbreak of lumpy skin disease was detected in 10 districts, but there were no deaths. “Therefore, farmers should not panic but take the prescribed control measures,” Singh said.

He observed that private veterinarians were prescribing expensive antibiotics and other supportive drugs for the disease, while all necessary drugs were available at government veterinary clinics and mini-polyclinics in tehsils. The officer asked the farmers to get free treatment for their affected livestock at their doorstep by notifying the nearest government veterinary clinics and livestock development officers of any symptoms.

In addition, officials said instructions had been given to district authorities that vaccination should be carried out at a steady pace and continuous efforts should be made to bring the disease under control. The availability of ₹1 crore should be made by the district planning committee for each district for the purchase of vaccines and useful drugs to fight the disease, they said.

“The vaccination campaign should be carried out in conjunction with private livestock monitors to control the disease and for this their services should be taken on a fee basis,” officials said.

The Maharashtra government has already declared the entire state as a ‘controlled area’ to curb the spread of the disease and has banned the holding of livestock-related markets, races and exhibitions.