Grape success for DMU’s Liz as her vineyard collects prizes

The former lecturer at the Faculty of Health and Life Sciences and Director of Rothley Wine Ltd. raised a glass with his partner Matthew at the UK Vineyards Association’s national competition earlier this summer when two of their wines won silver and bronze medals. Their King Richard dry white took home silver while bronze went to Spirit of Freedom, the Rothley couple’s first rose sparkling wine.

Spirit of Freedom (priced at £ 25) is named in honor of William Wilberforce and Thomas Babington who worked together on the grounds of the former Rothley mansion, now the site of Liz’s vineyard, on the earliest drafts of the Act of Parliament which led to the abolition of the slave trade in 1807.

The full-bodied white King Richard (£ 9.99 a bottle) pays homage to Richard III and the fact that he likely crossed Rothley Creek, now adjacent to the vineyard, on his fateful journey from Nottingham to Leicester, before moving on to the Battle of Bosworth.

Liz and Matthew’s Kingfishers’ Pool, two-acre vineyard sits on a gentle south-facing slope overlooking the Creek, a tributary of the Soar River. Liz took over the property from her parents a little over 20 years ago, including a former monastic outbuilding that predates the dissolution of the monasteries (1536-1541).

However, she only inherited one vine. Still, with the help of a Boots wine-making kit, but without instructions, Liz decided to make good use of the vine and then place the grapes in a microwave to help extract the juice. Liz swears it was “the most delicious wine,” but by the time she proudly served it for some dinner guests, she recalls, it had exploded. 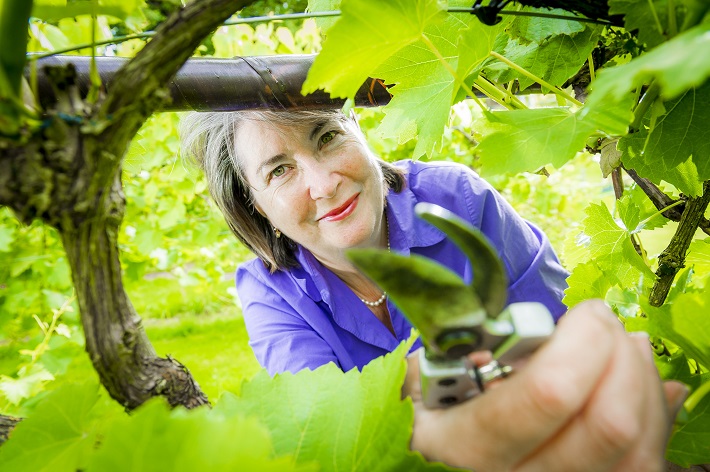 It wasn’t until the couple returned to a favorite B&B in a Suffolk vineyard that they decided to return with four of their hosts’ Orion vines. By marrying the experimental principles of Liz’s DMU research, not to mention his knowledge of procurement and community liaison, with Matthew’s engineering expertise – he is a technical tutor at Loughborough University – the couple started to grow serious grapes.

Liz is quick to acknowledge the mentoring help they received from Halfpenny Green Vineyard in Staffordshire, which finishes sparkling wines from Liz and Matthew and neighboring vineyards in Costock, near Loughborough and Market Harborough.

Yet it was a circle of current and former DMU colleagues who provided crucial support for the picking of the vines and the crushing of the grapes.

“Thanks to the culinary skills of Dominic North, a friend of ours who runs a delicatessen nearby, as well as many bribes from us, people like Rosemary Garratt, DMU keynote midwife speaker, Jane Schooner, retired senior lecturer in nursing at DMU, ​​Angela North-Rose, director of the retired nursing and midwifery school, and Mary Larkin, former DMU lecturer in sociology, are regularly persuaded to come to Kingfishers to help out in the vineyard… and taste great food and wine, not to mention pleasant company, says Liz.

Two wines have been named in honor of this generous support and talent for grinding grapes – Academic Feet, winner of the East Midlands trophy and Medical Feet, an invigorating red.

“I know our breeding skills are good and we can grow grapes that produce award winning wines, but my DMU experience tells me that I have to continually learn in order to improve and master all aspects of management. of a business, which is something I still need to work on, ”Liz said.

But is English wine really that good?

“We produce wine of exceptional quality in this country and blind tasting often shows that it is as good, if not better, than wine from France, Germany and the New World. Yet we need people to stand up for it, more effort needs to be put into promoting English wine. “

Liz, Matthew and their DMU Grape, Foodie and Wine Tasting Ensemble are certainly doing their part. 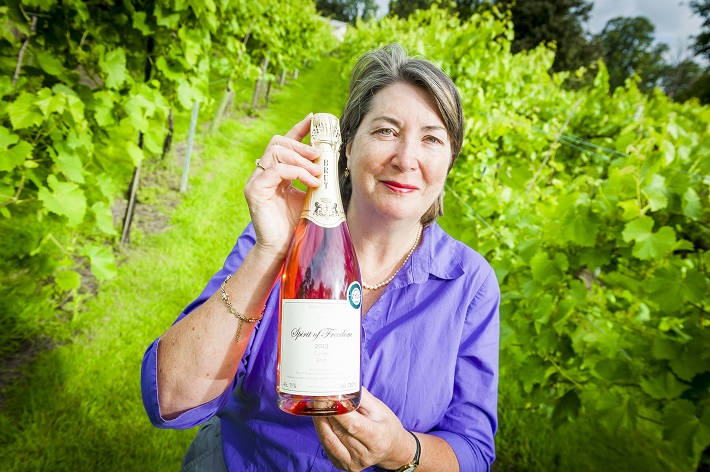